Exhibited together with Manoeuvring Overload (2014) first time at Avlskarl Gallery, Copenhagen, in 2015, How to spell a sound that is physical (2014) is a series of 28 unique woodcut prints. Like the sculptures, the wall works are abstractions of a template, this time that of lined sheets of notepaper. But these lines are not straight, heavy at the middle, they collapse like a clothing line. They are not fit for language, or perhaps it’s other way around and your writing does not conform to size. Several attempts to represent blank pages as drawing overlay one another, creating a chaotic and intense pattern. Visible only up close, handwritten text fragments were scribbled directly onto the paper before printing. As such they have no causal or formal relationship to the drawn pages, but instead enter into a dialogue with them as motifs, reflecting on the tendencies of text and language to coerce experience into readymade formats and narrative structures that do not match the disorder and variation of life. 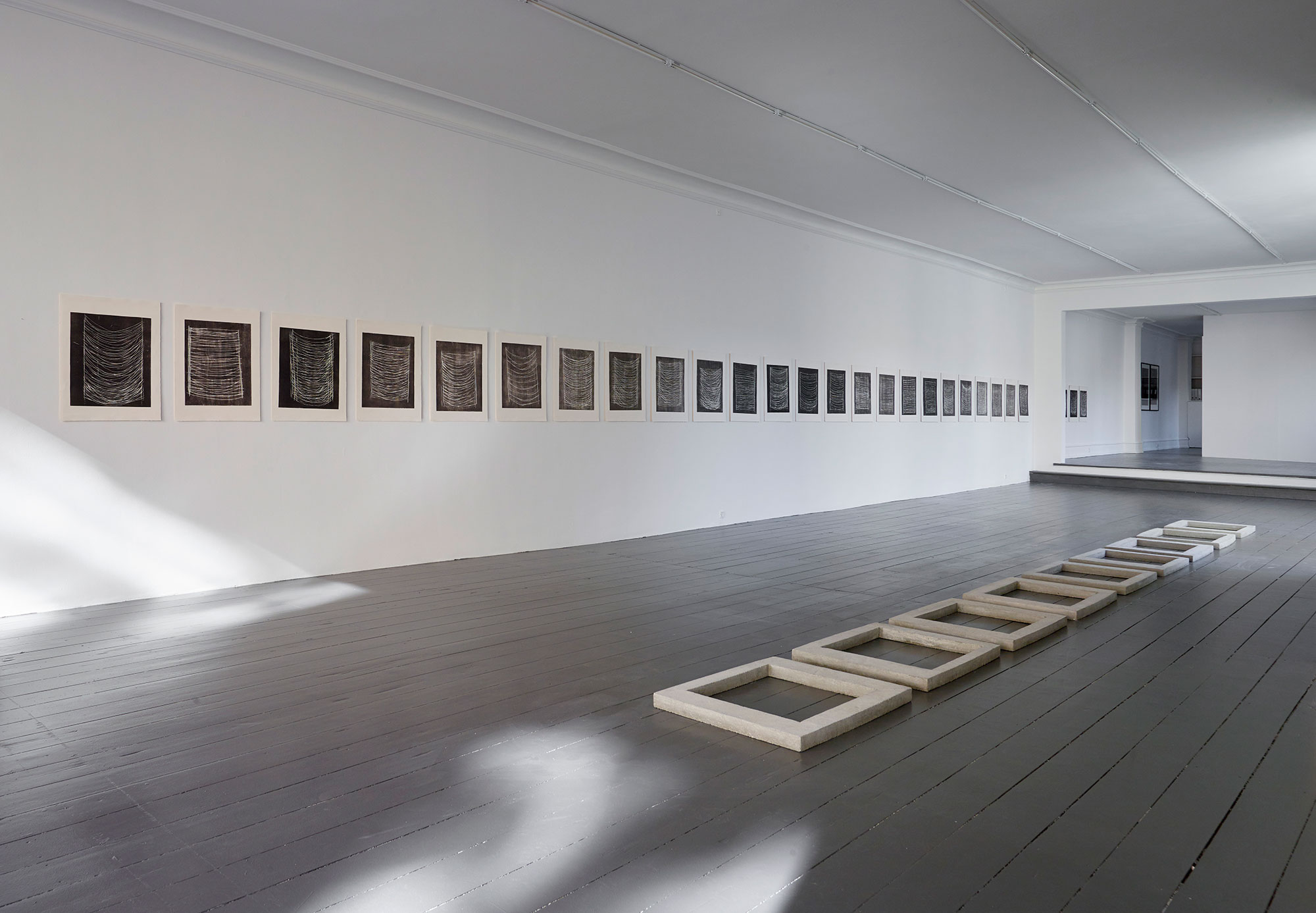 How to spell a sound that is physical, 2014, installation view Avlskarl Gallery, Copenhagen 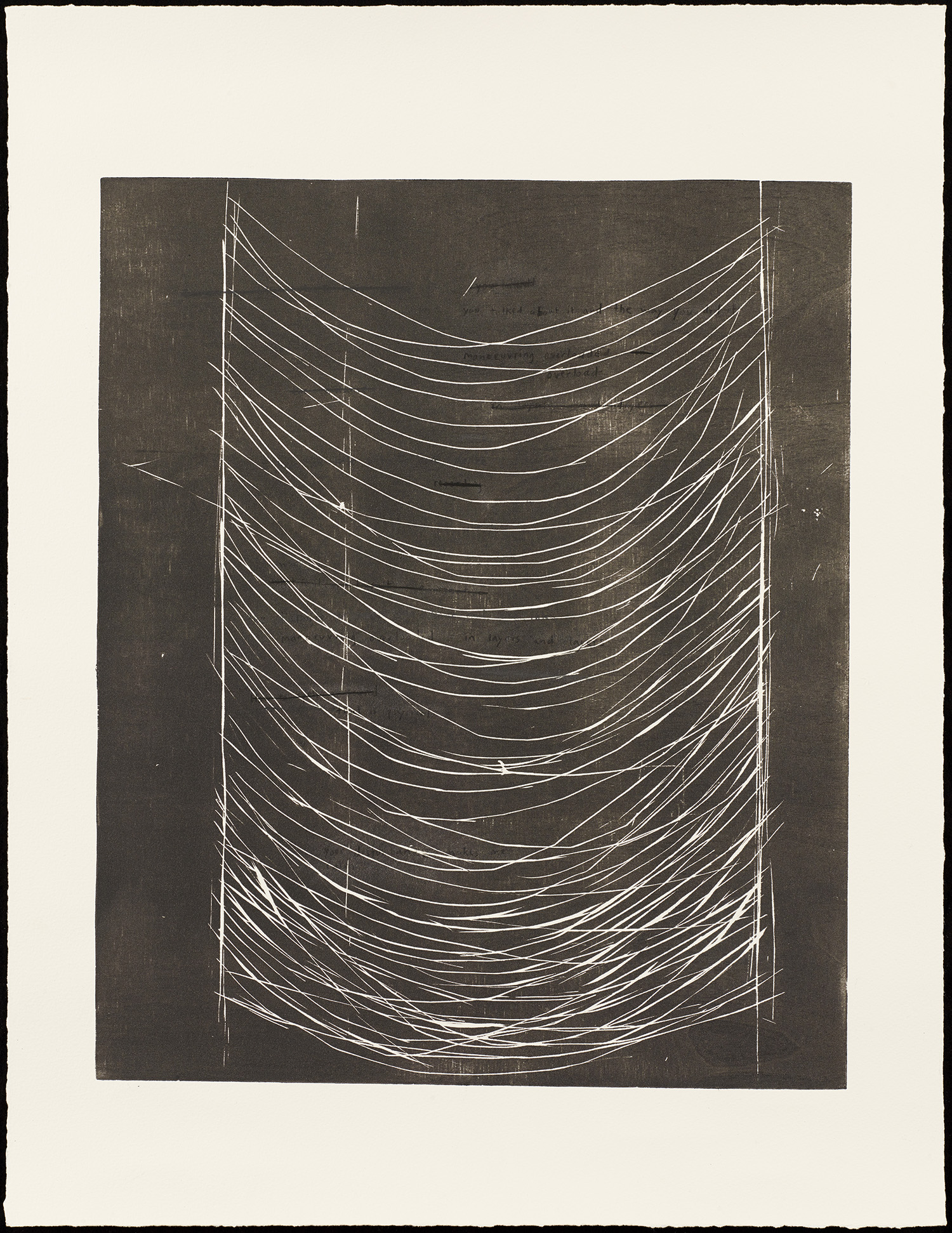 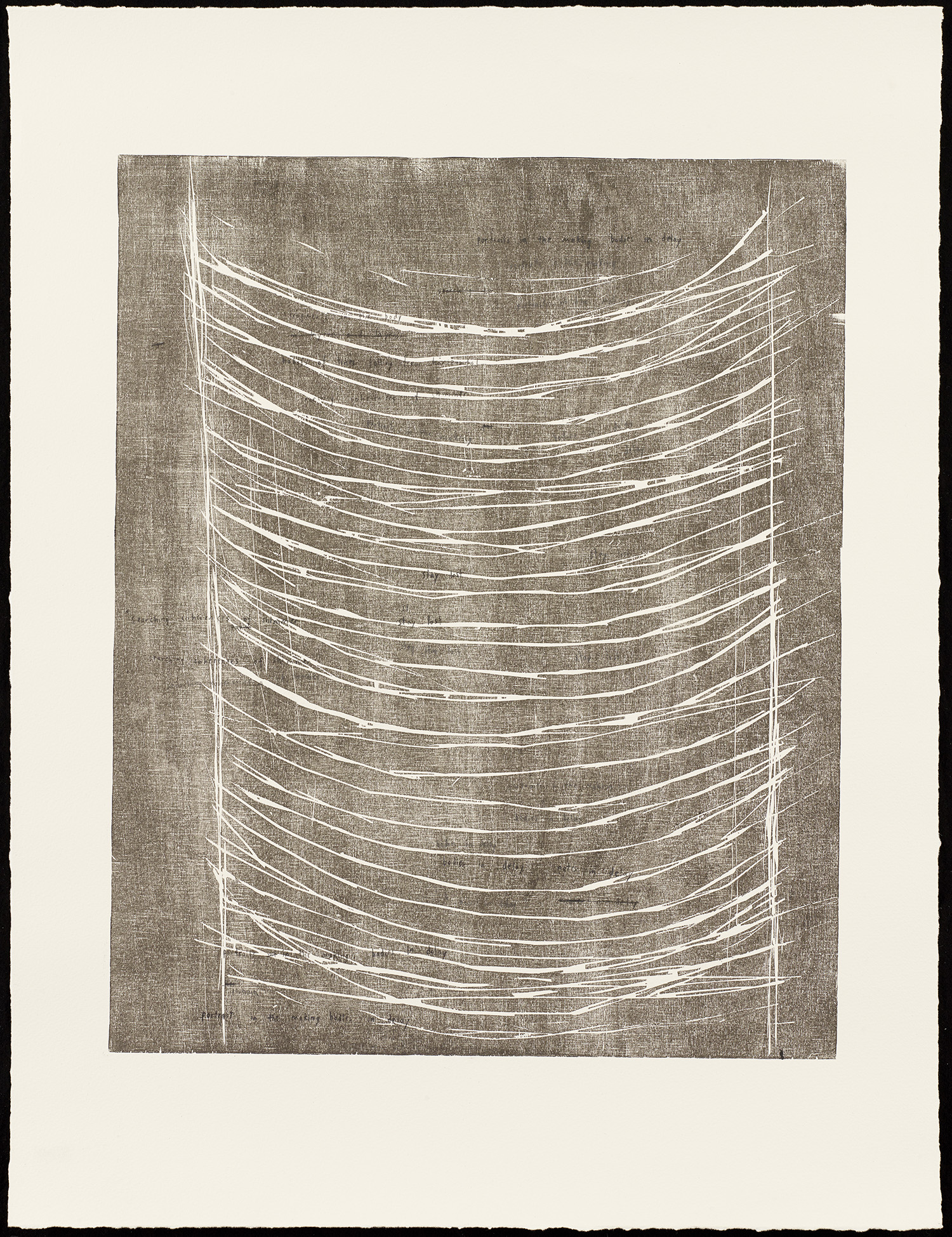 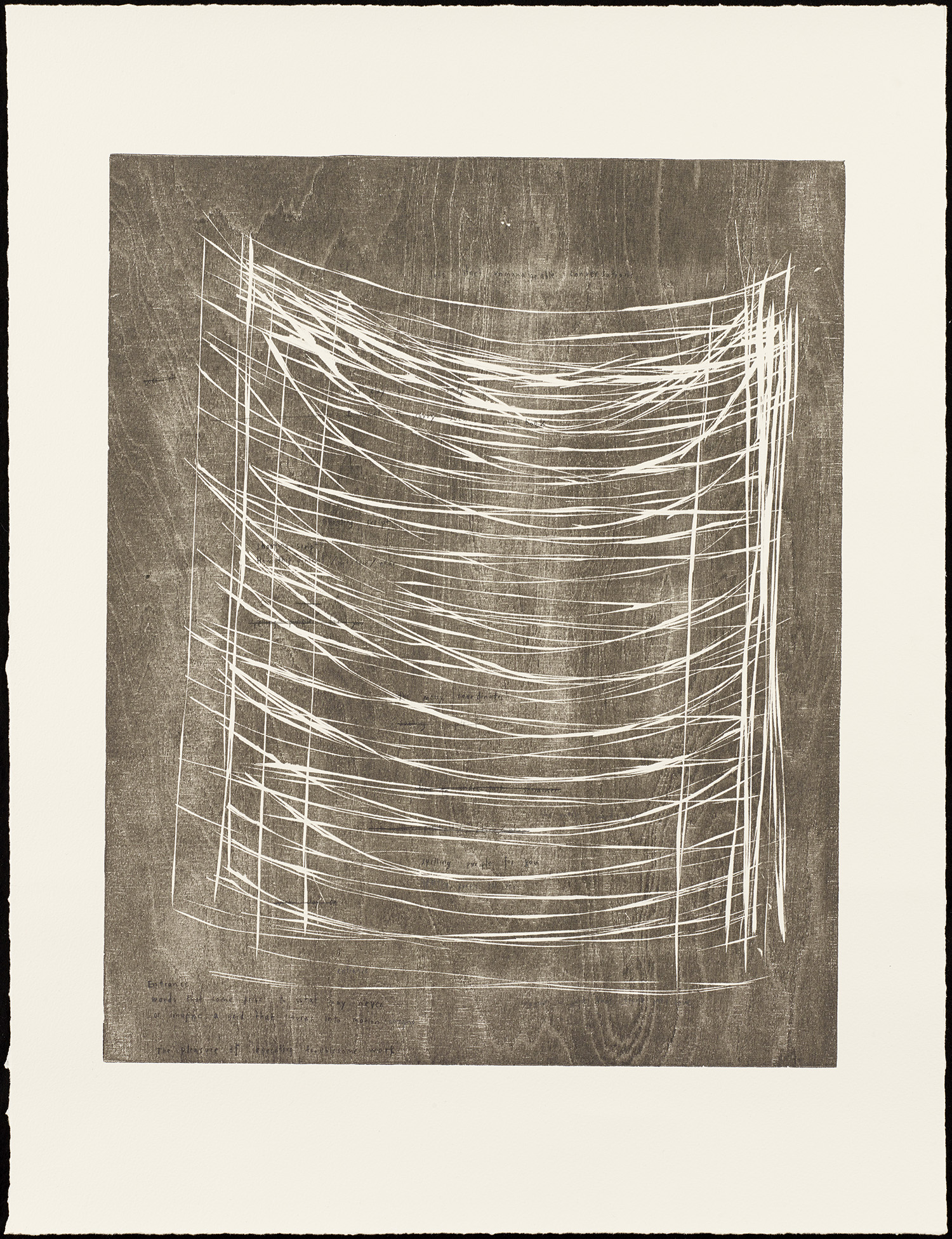 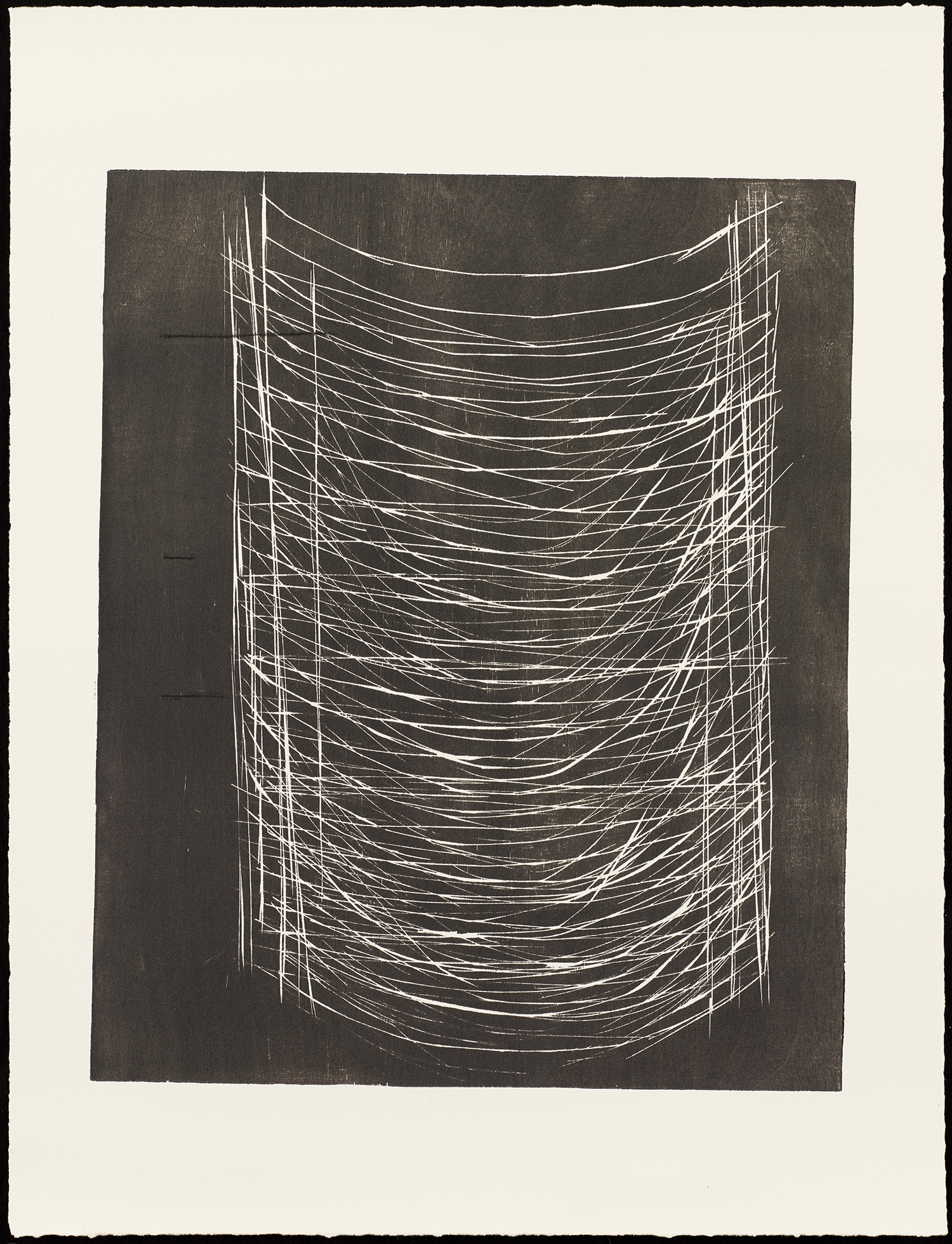 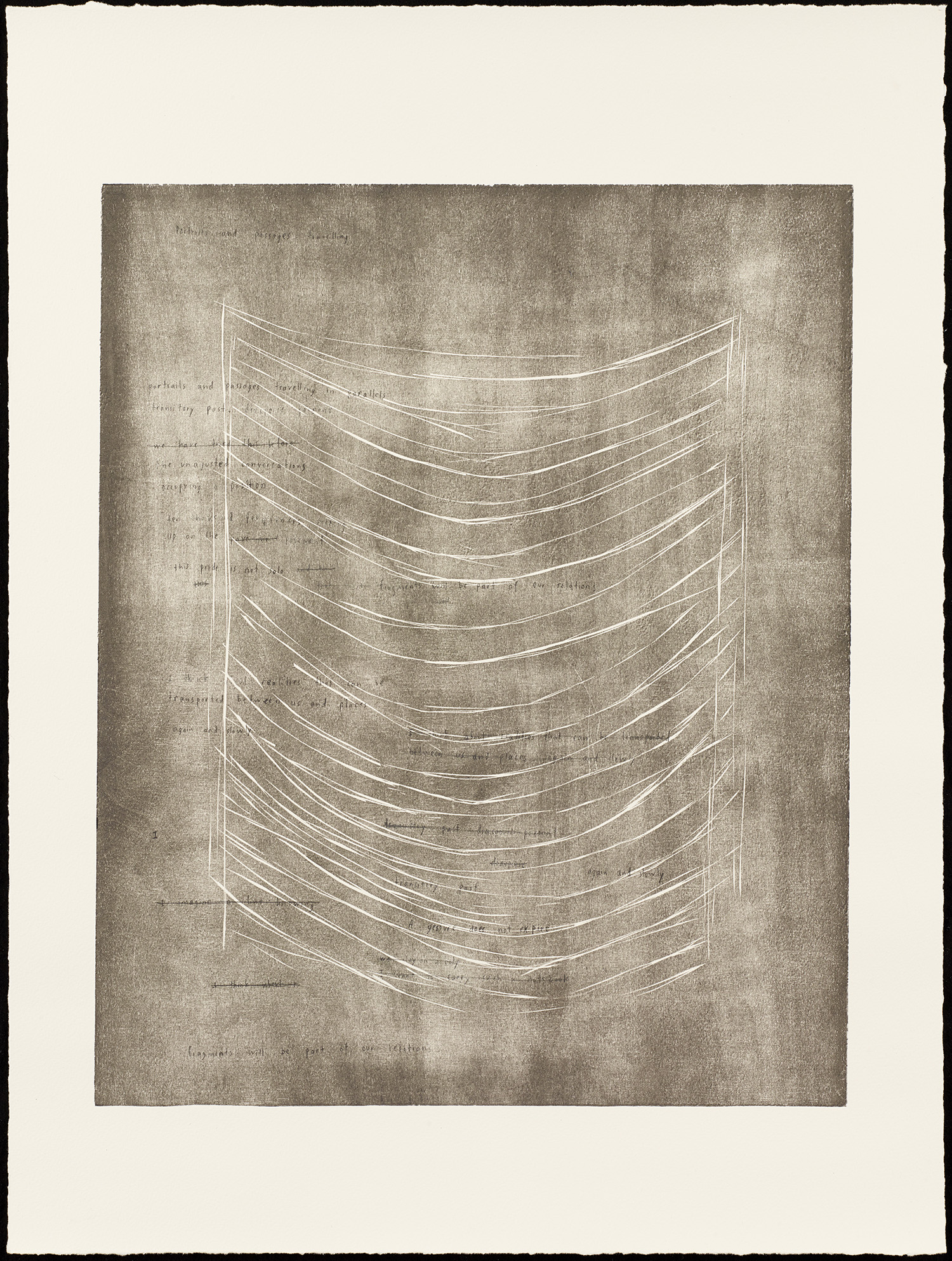 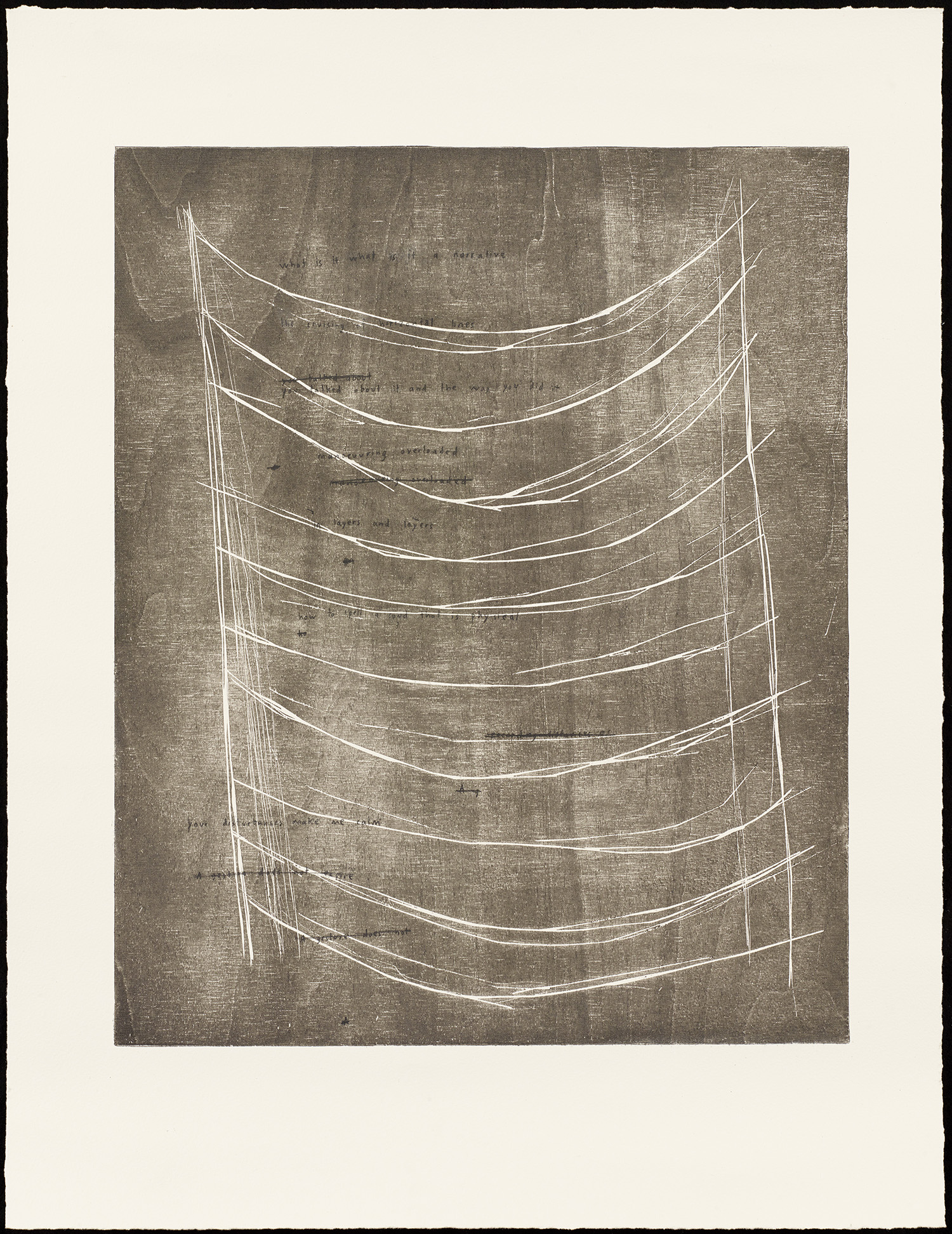 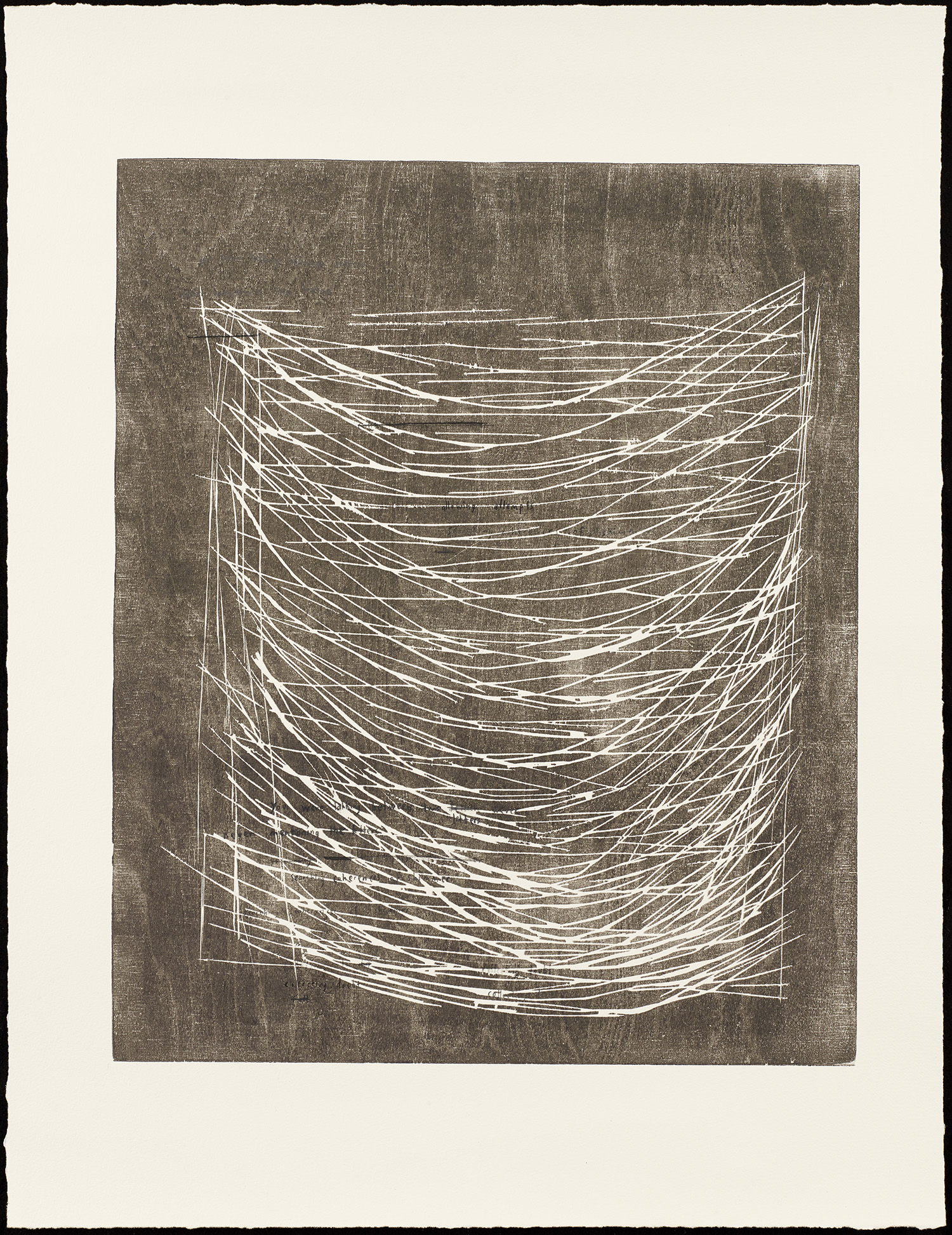 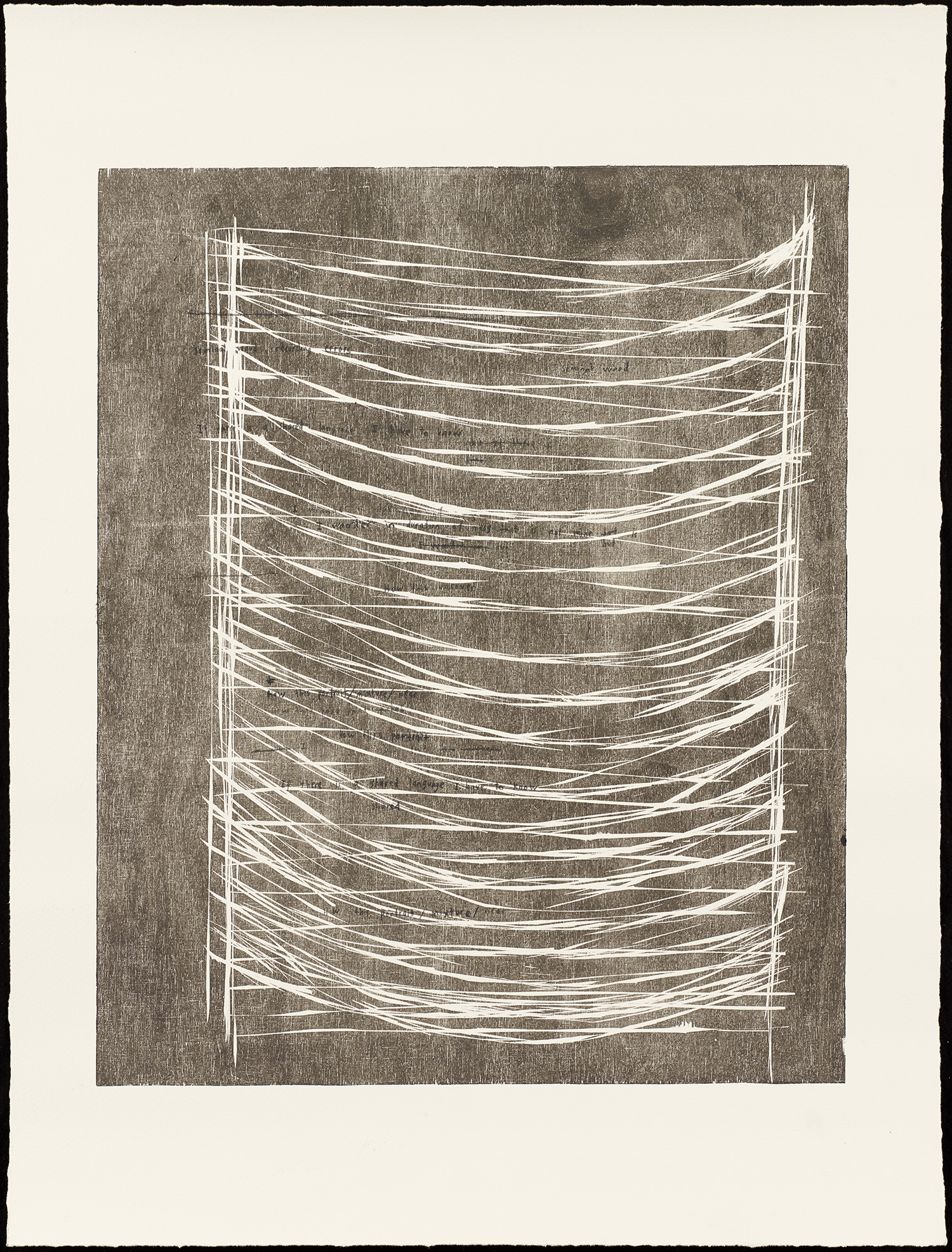 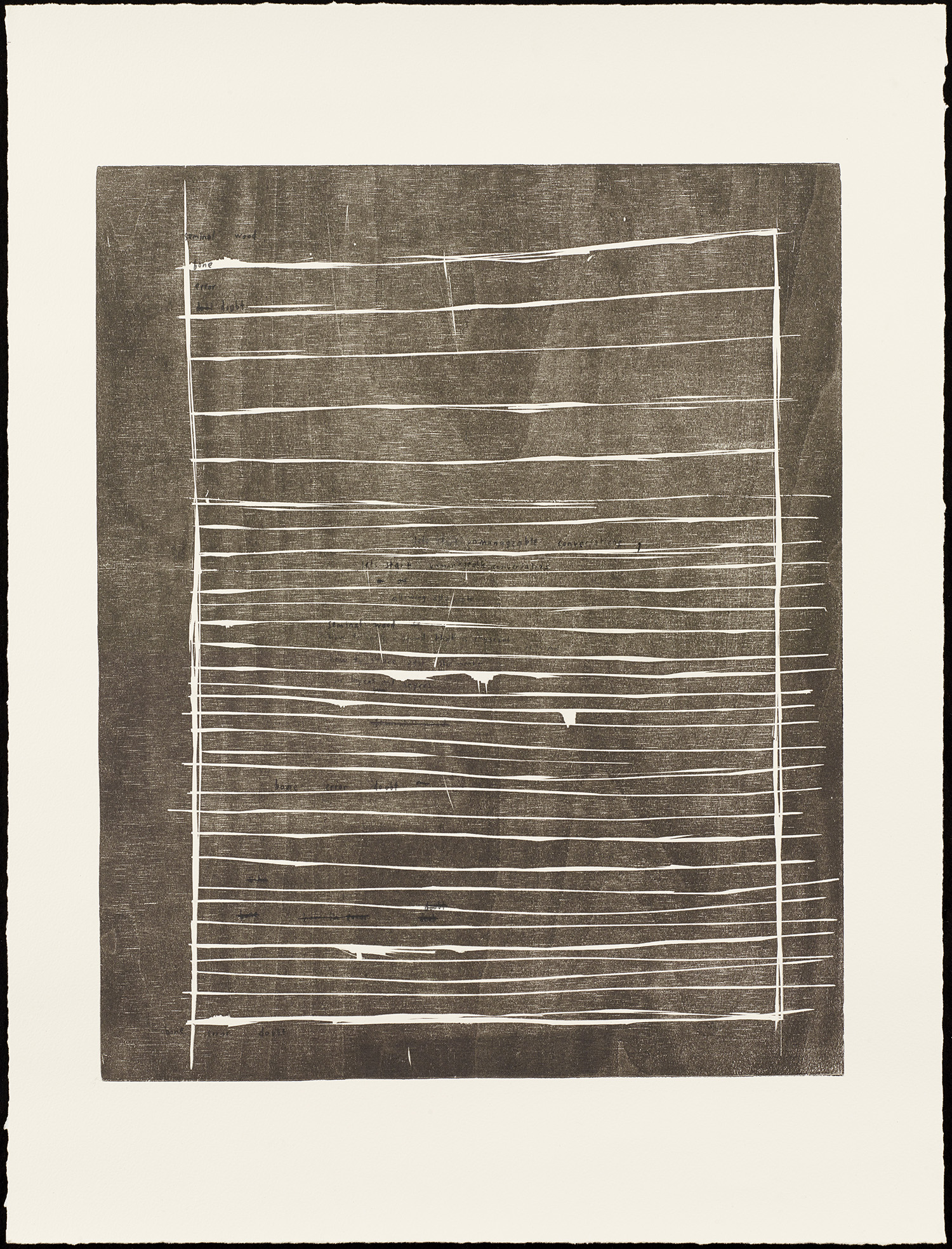 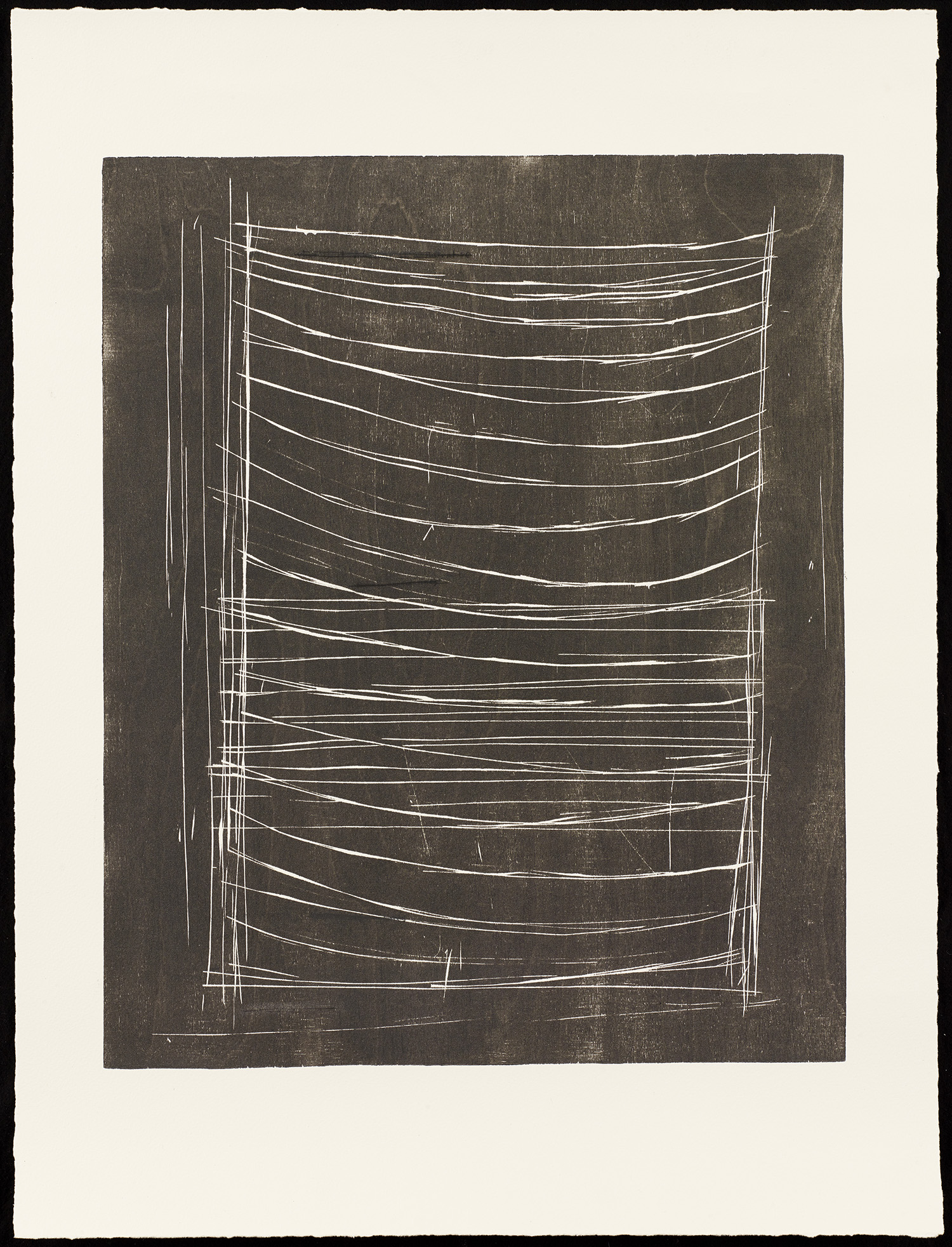 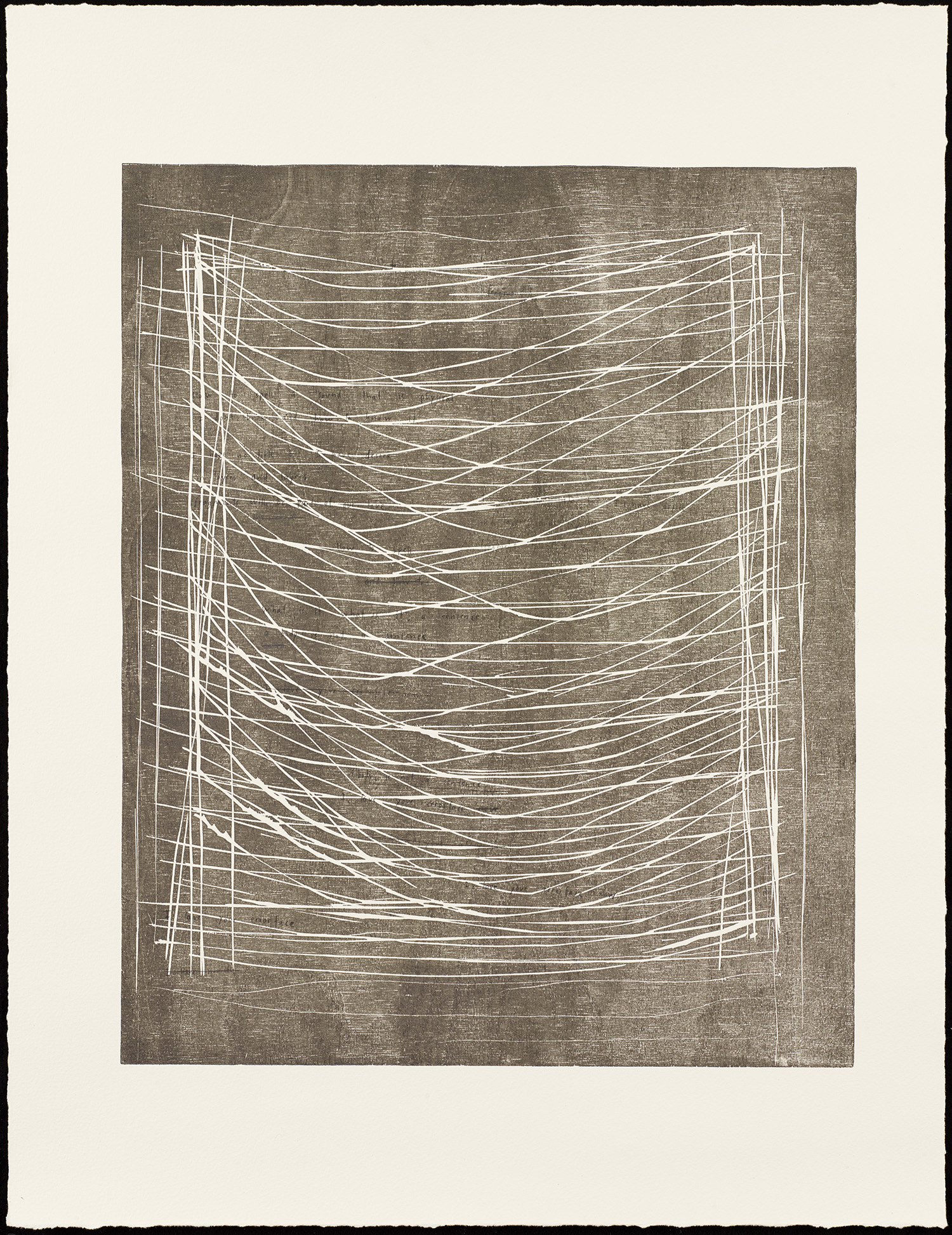 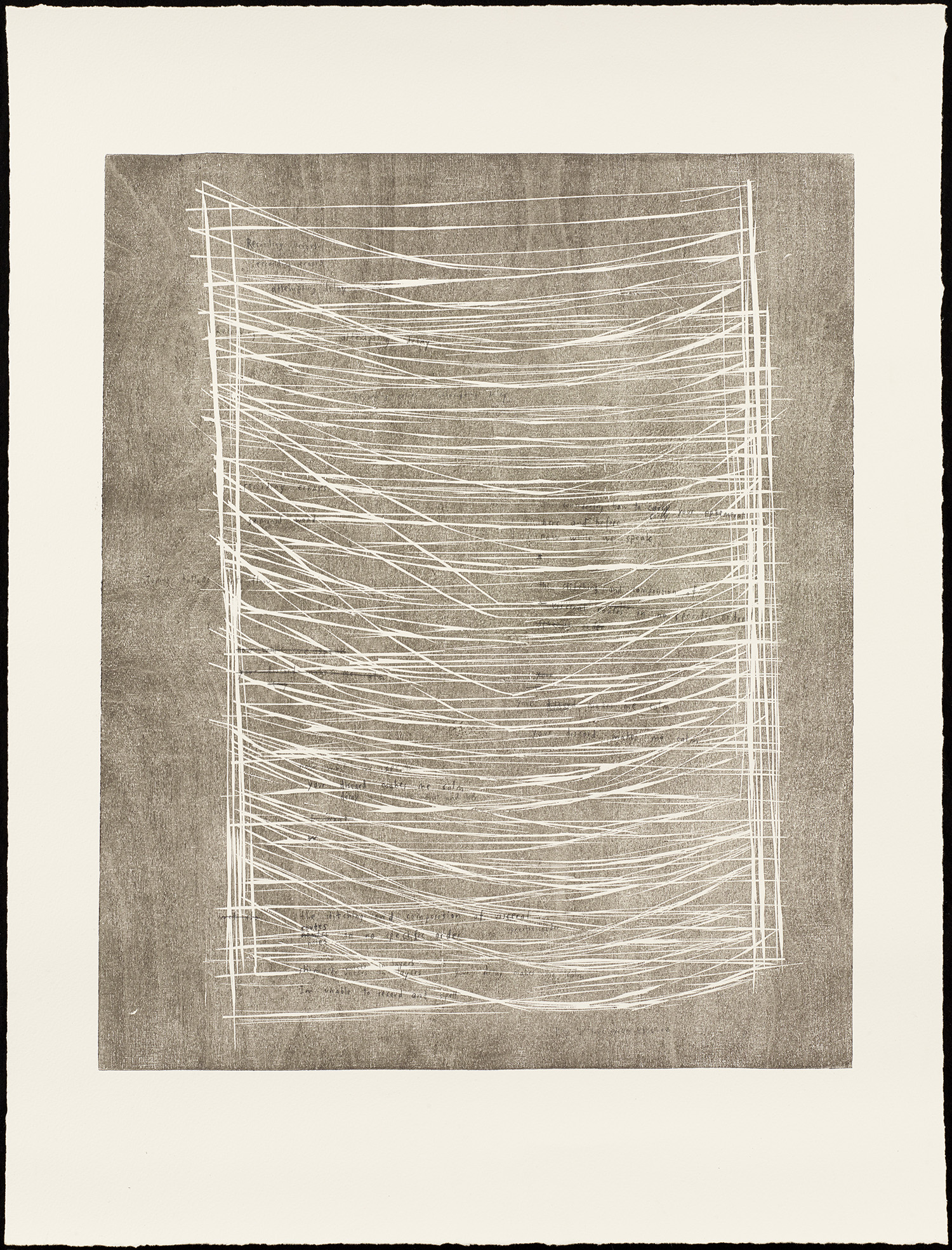 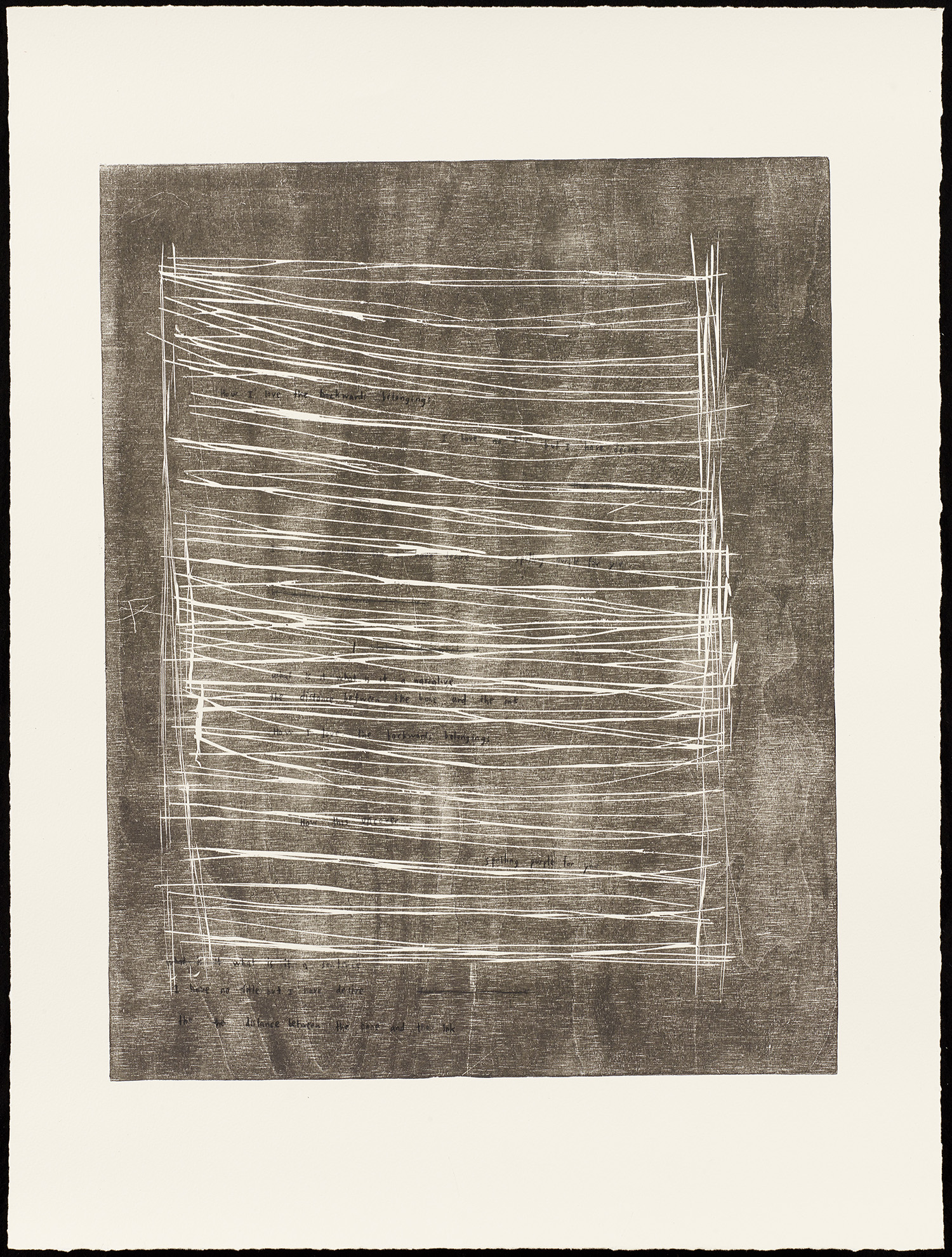 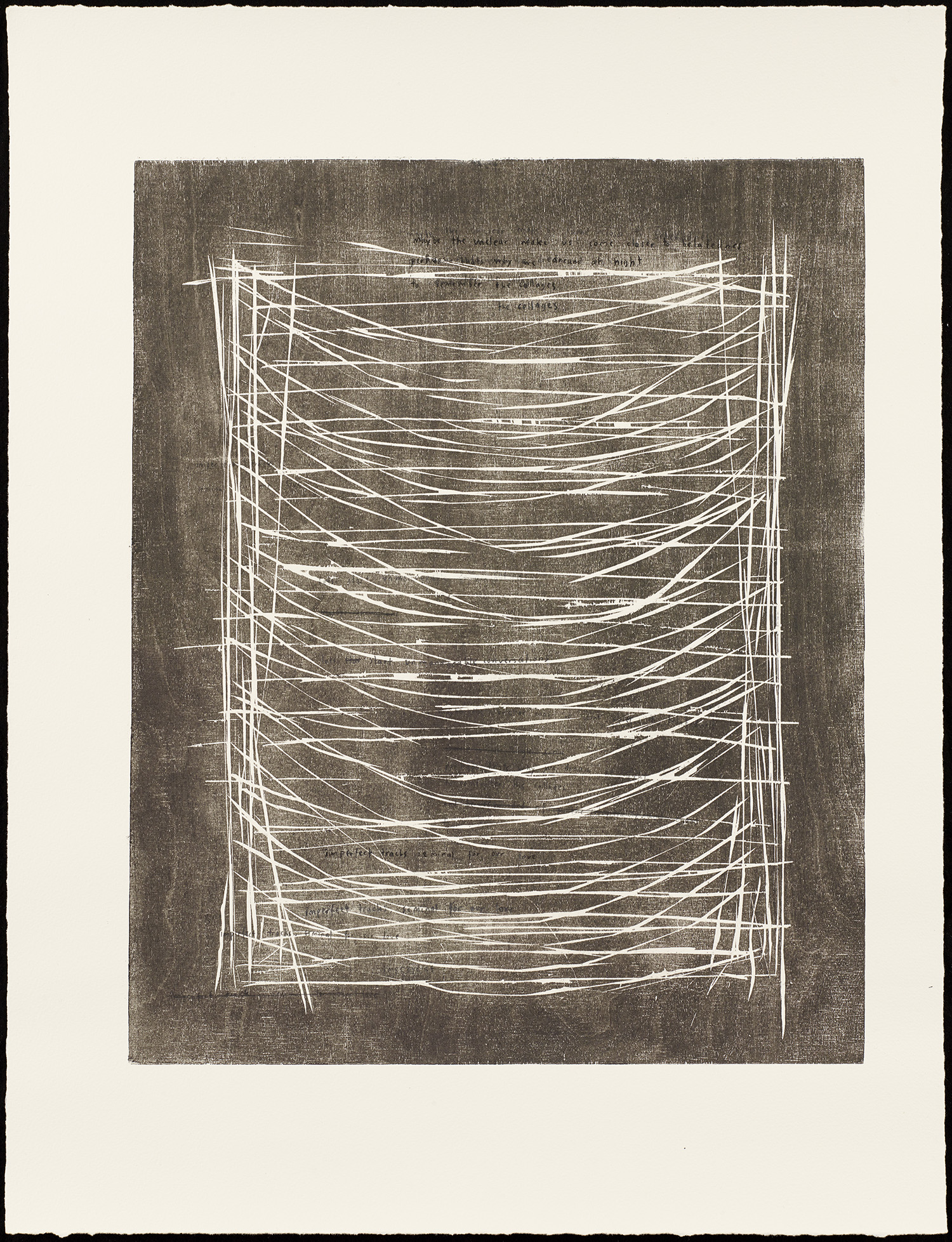 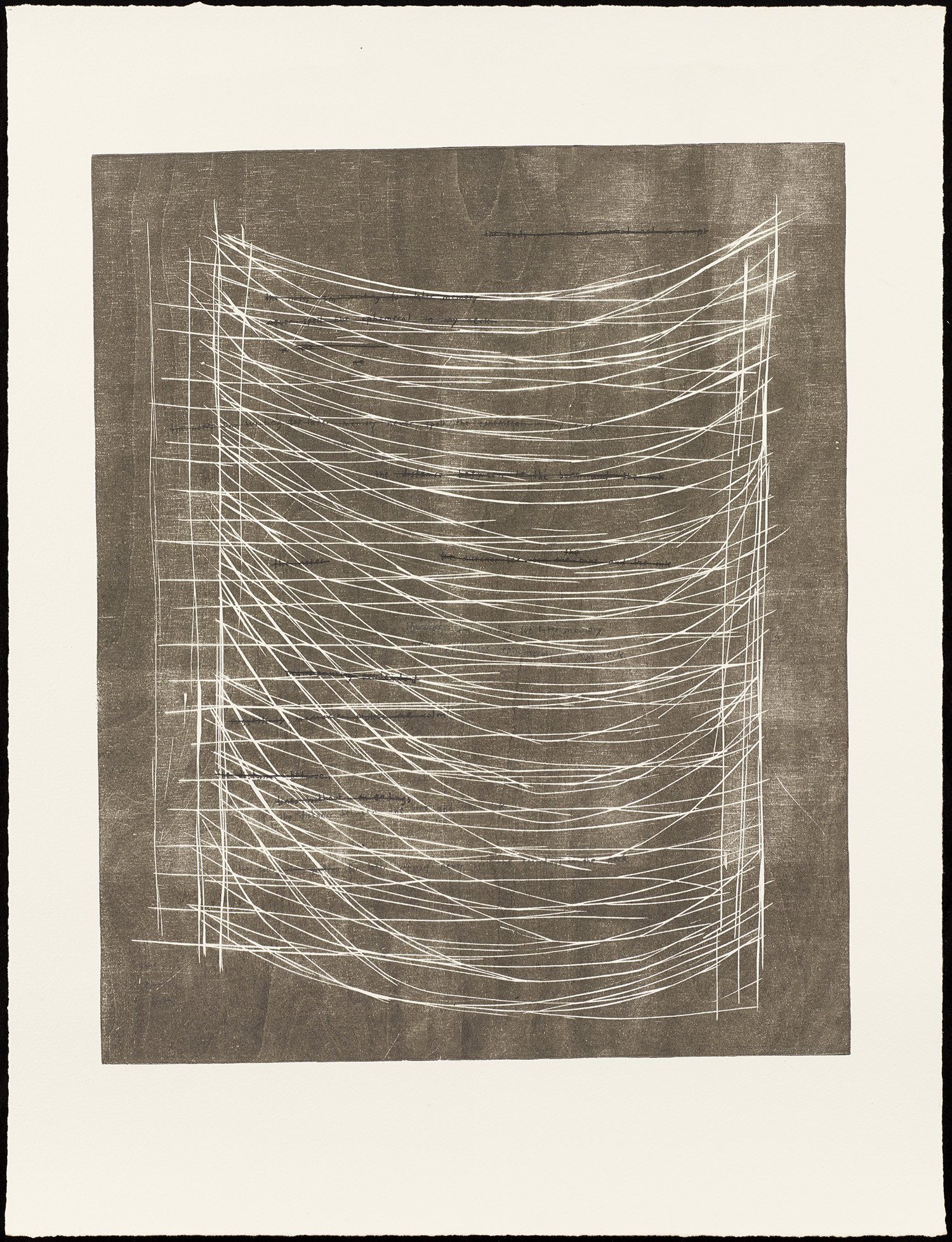 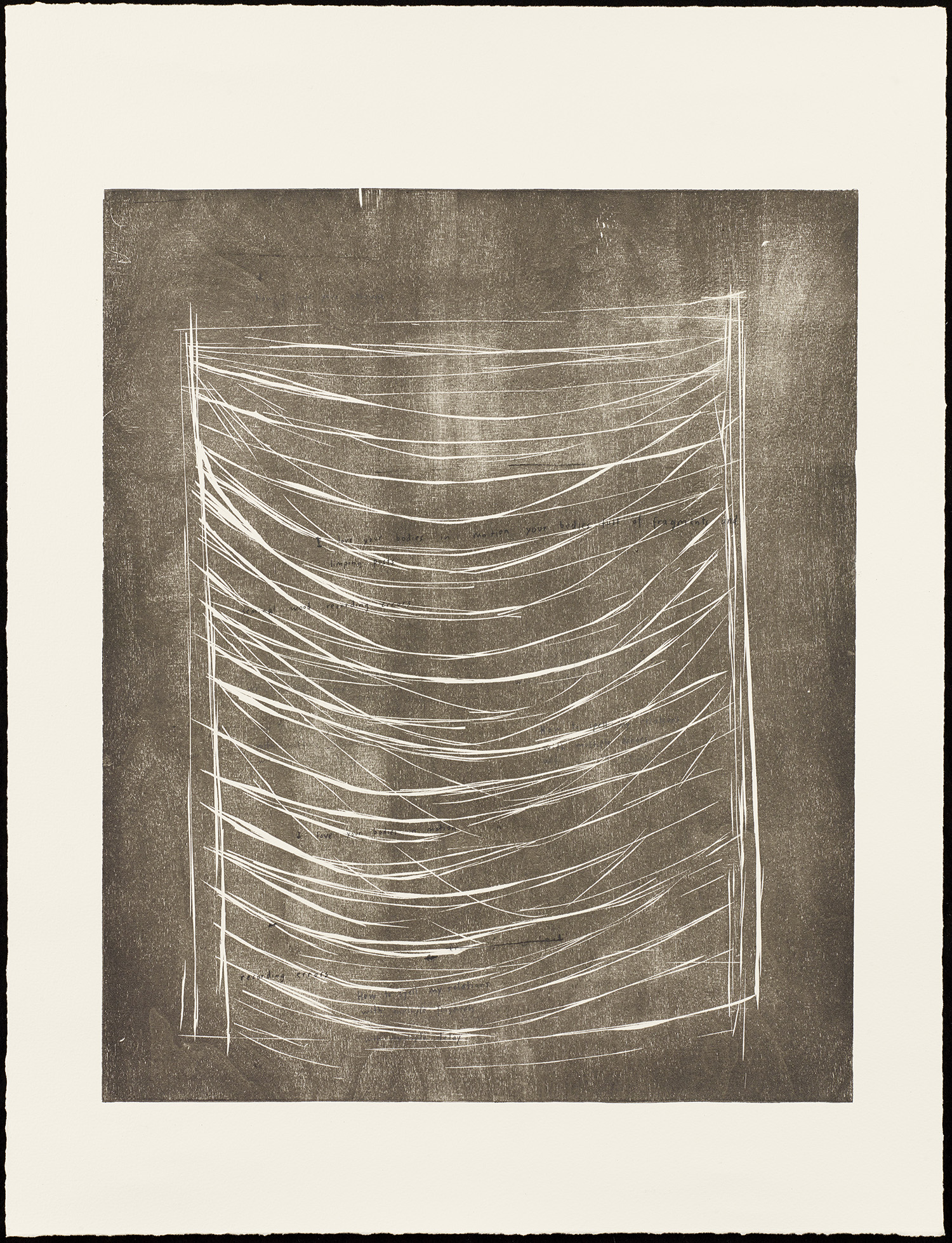 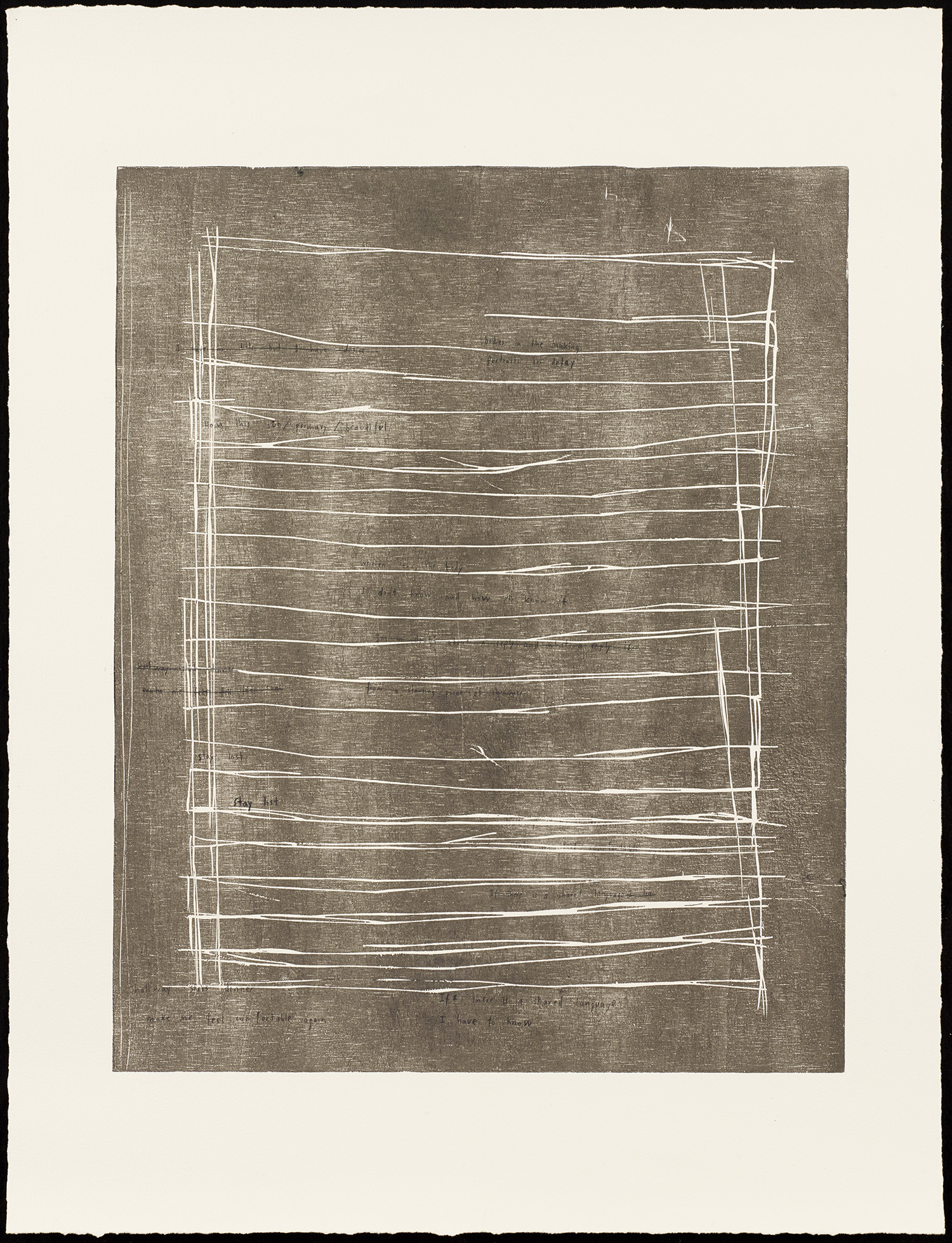 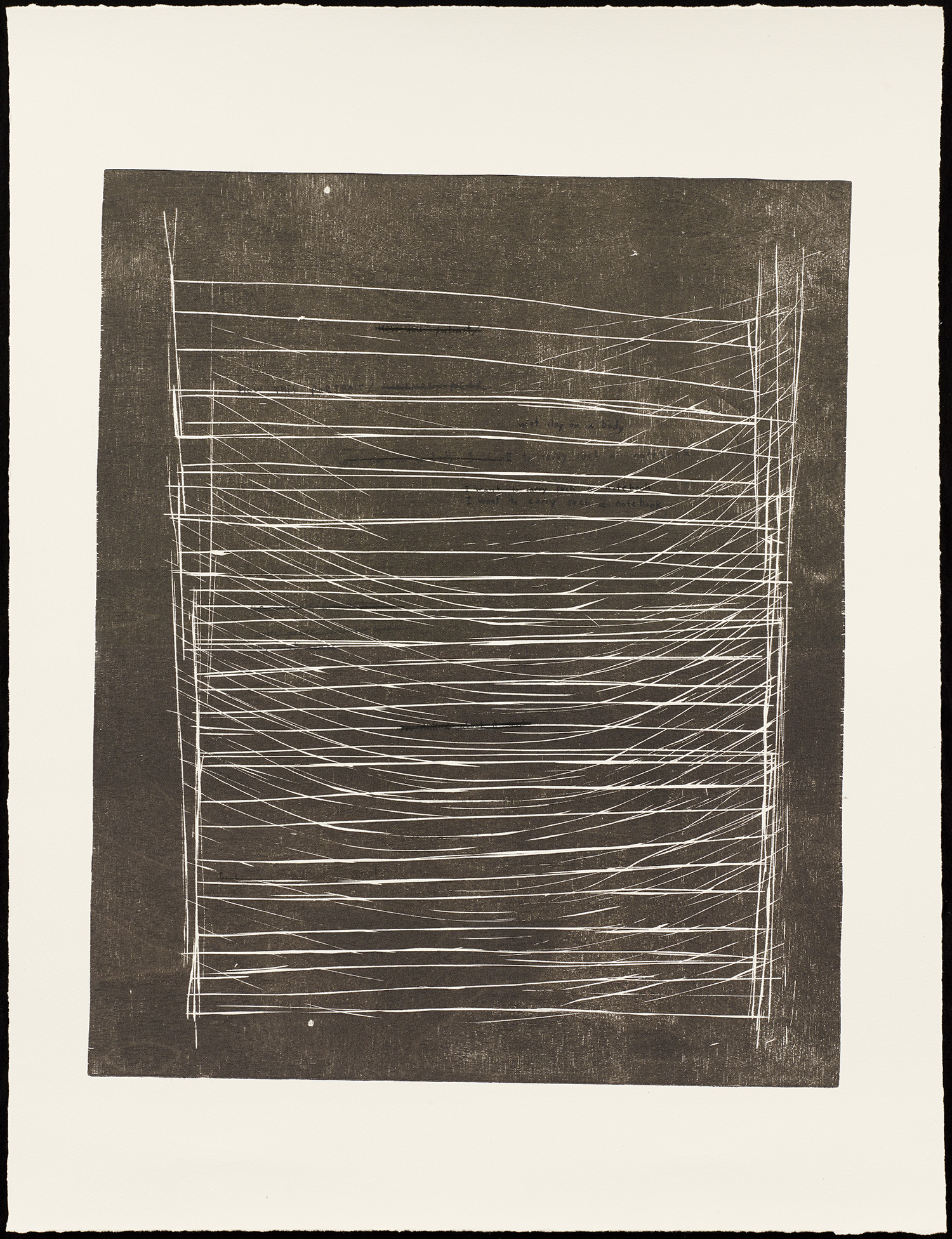 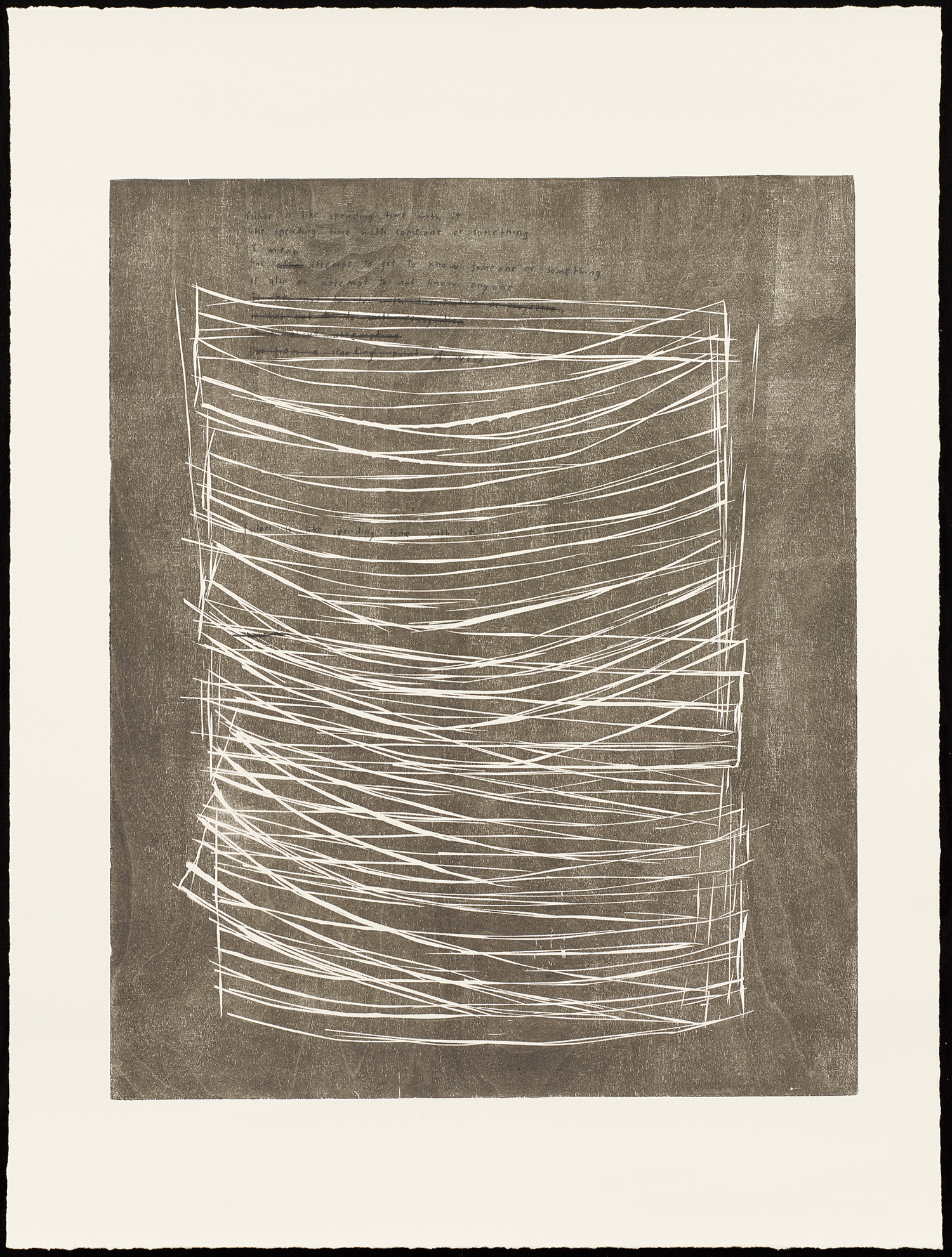 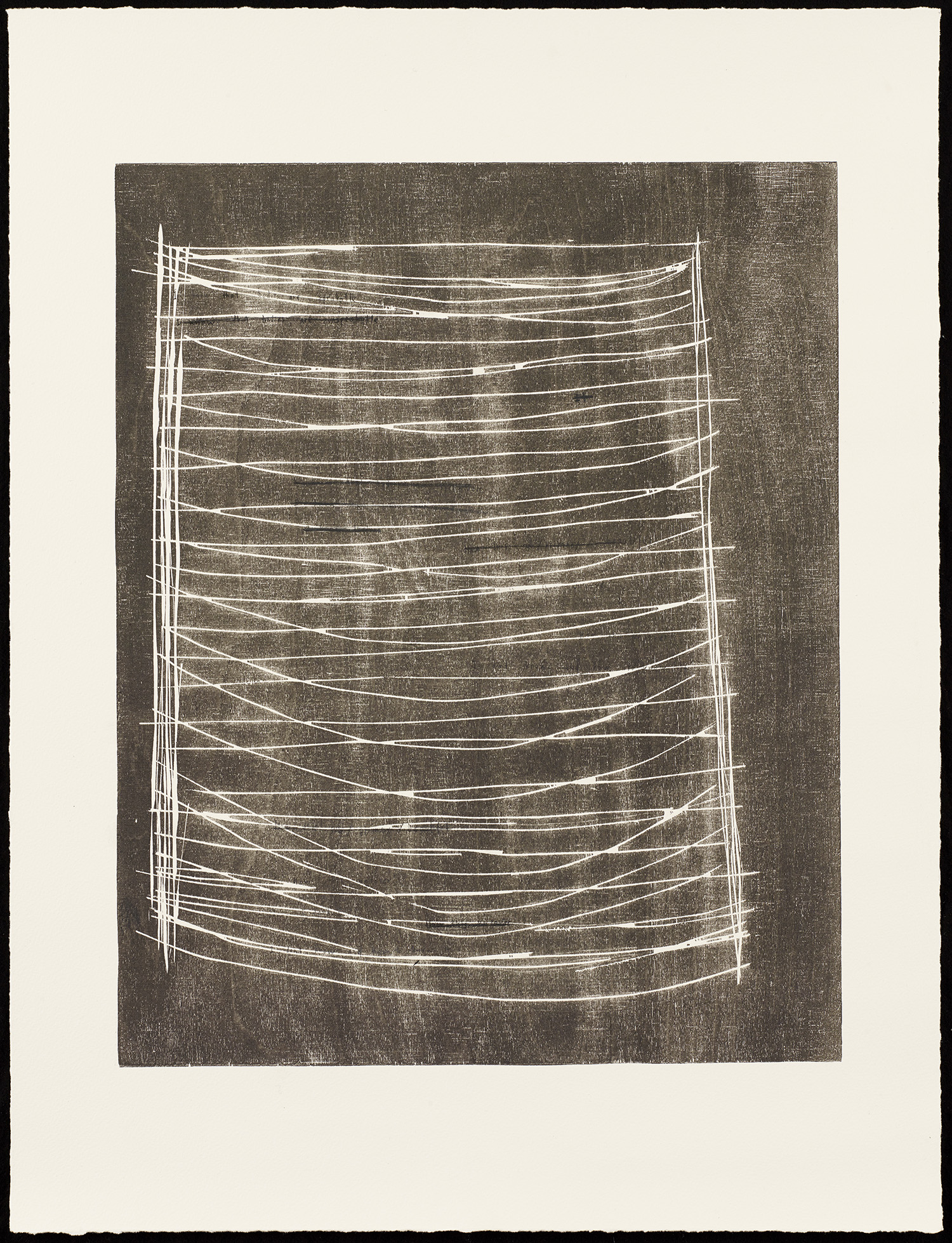 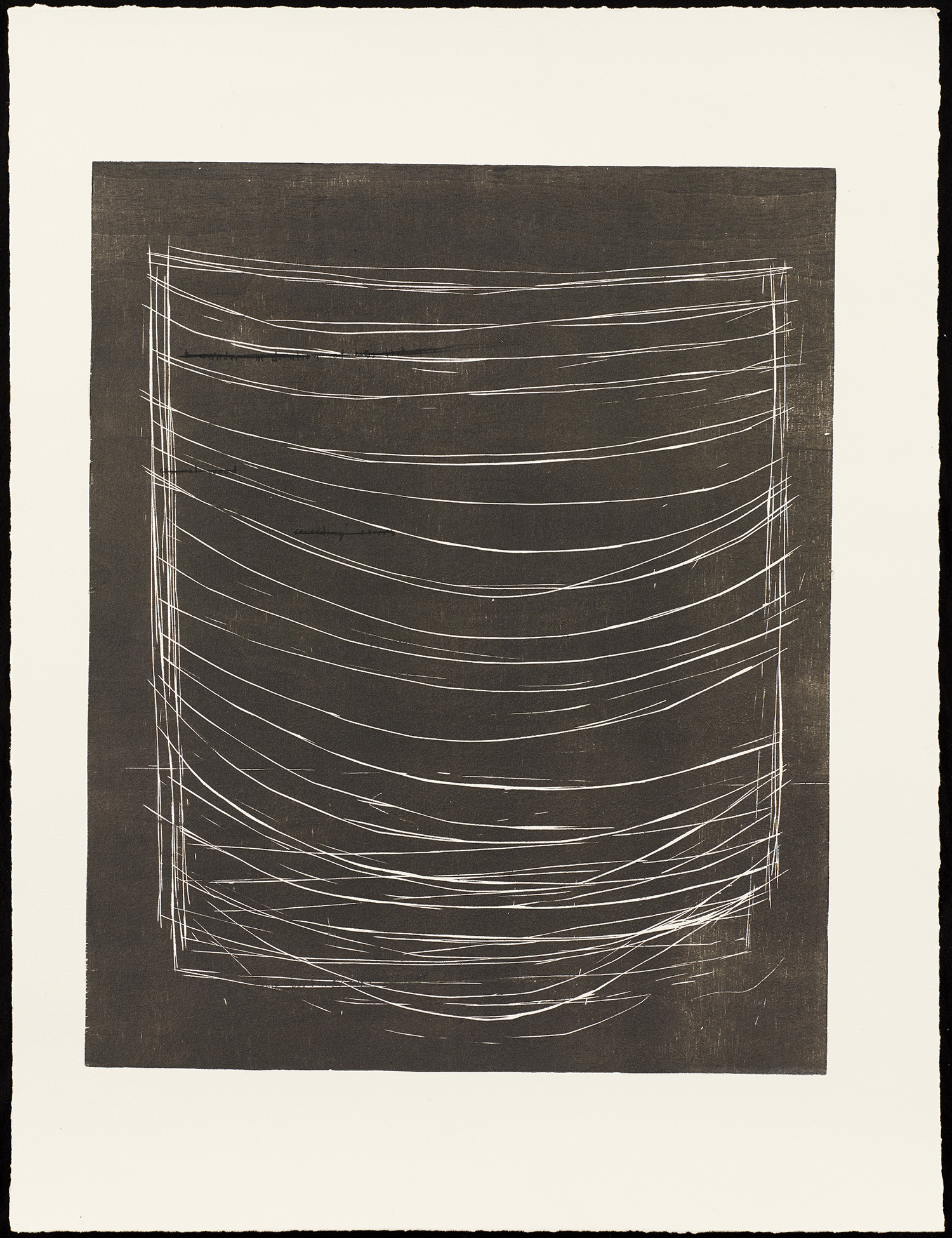 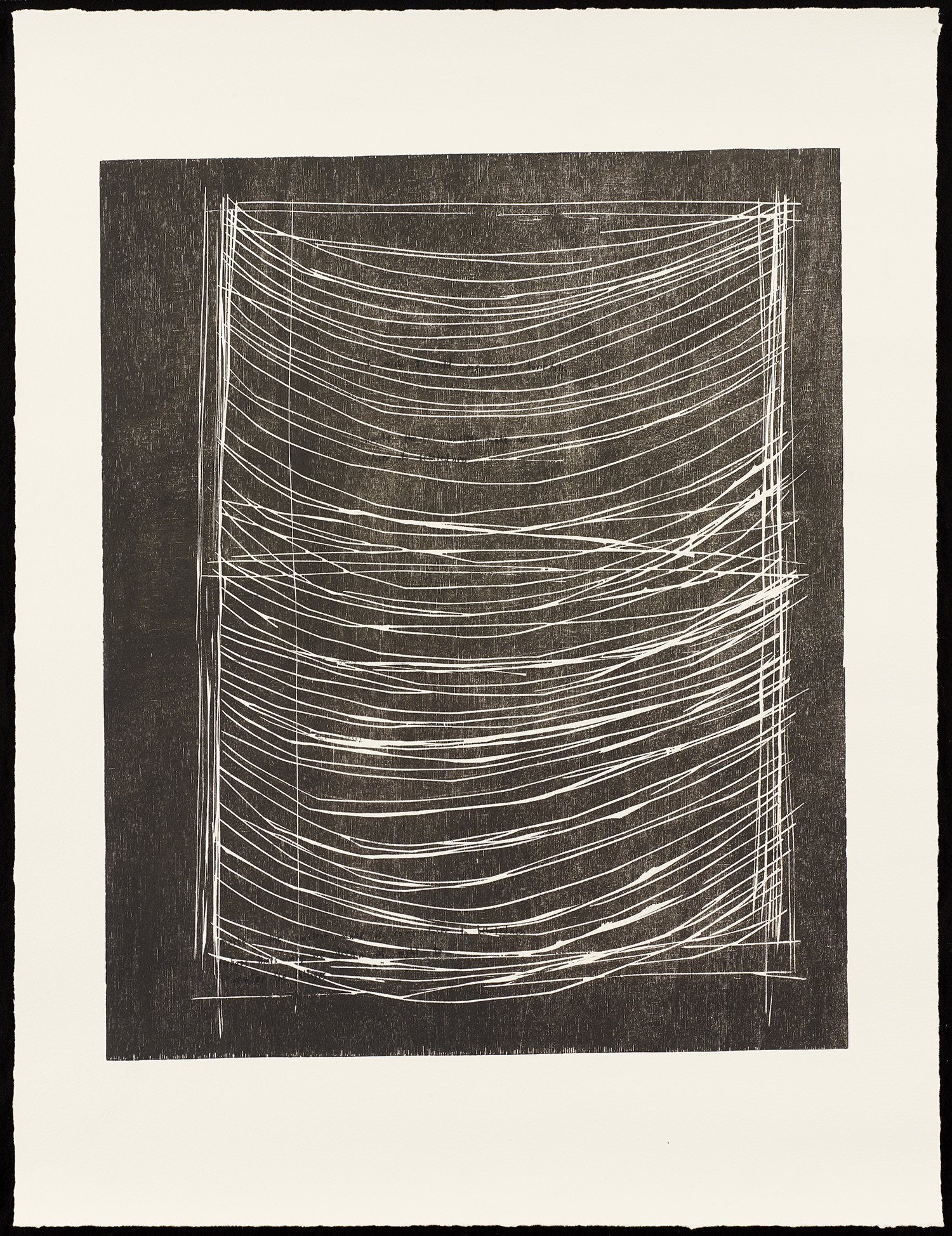 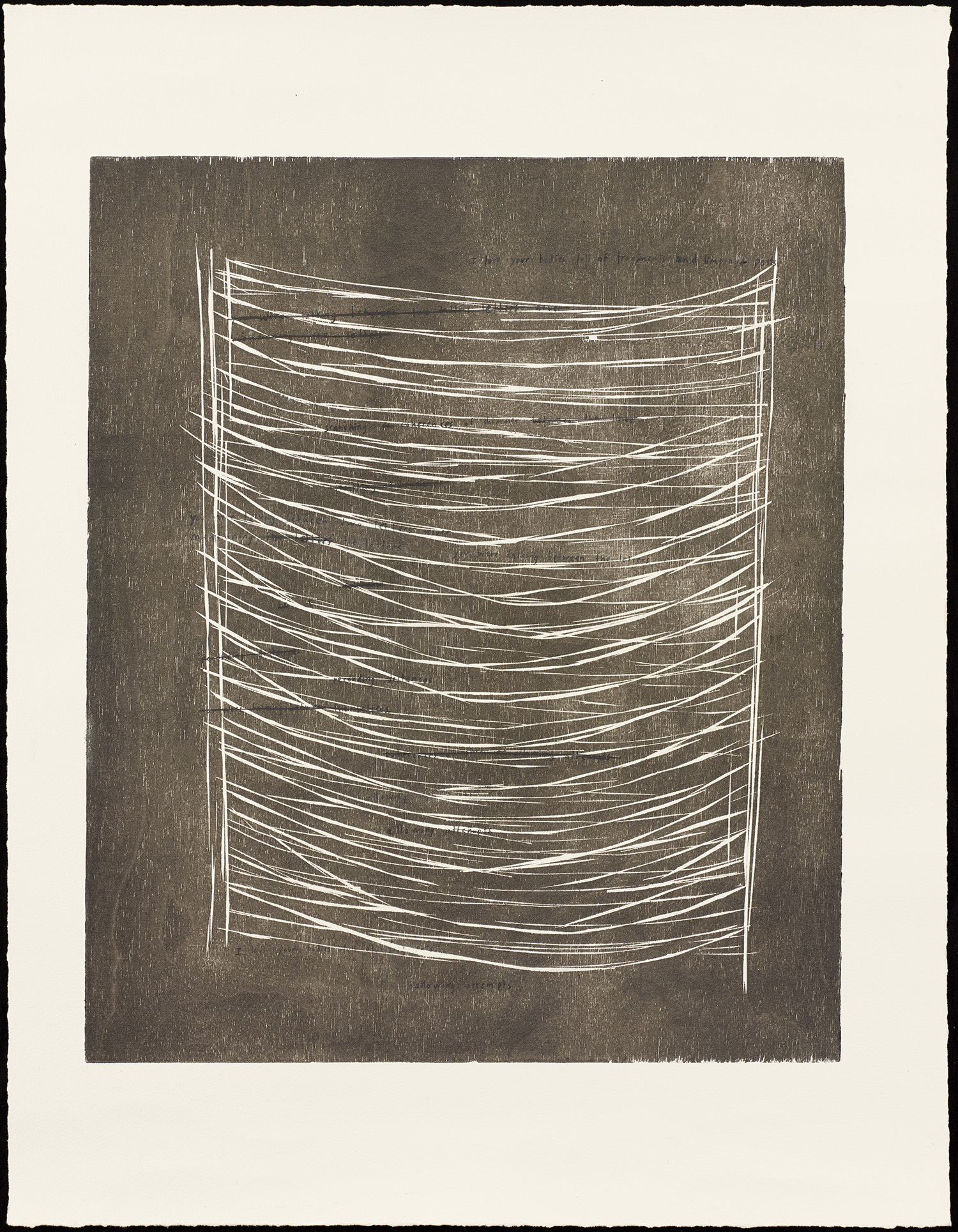 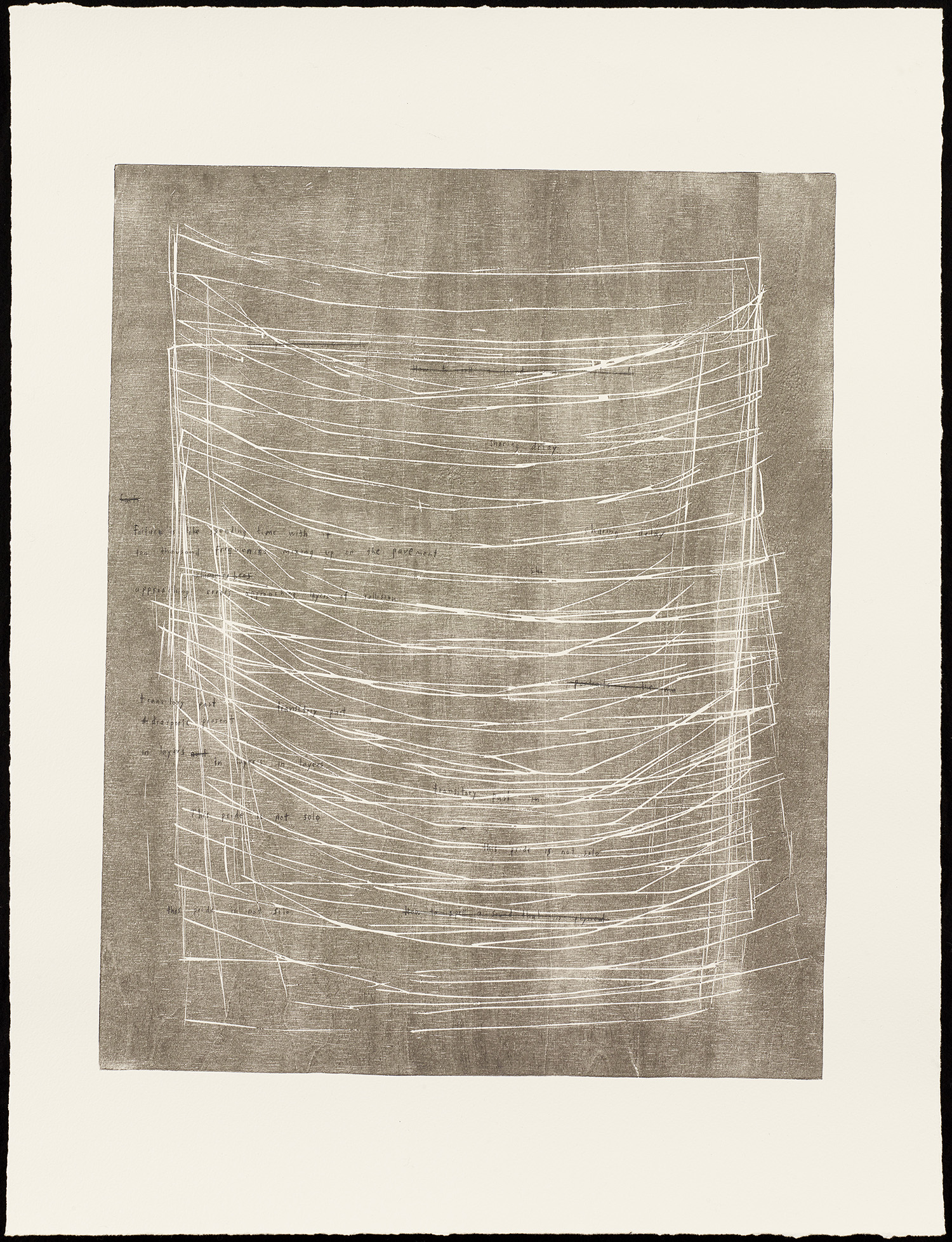 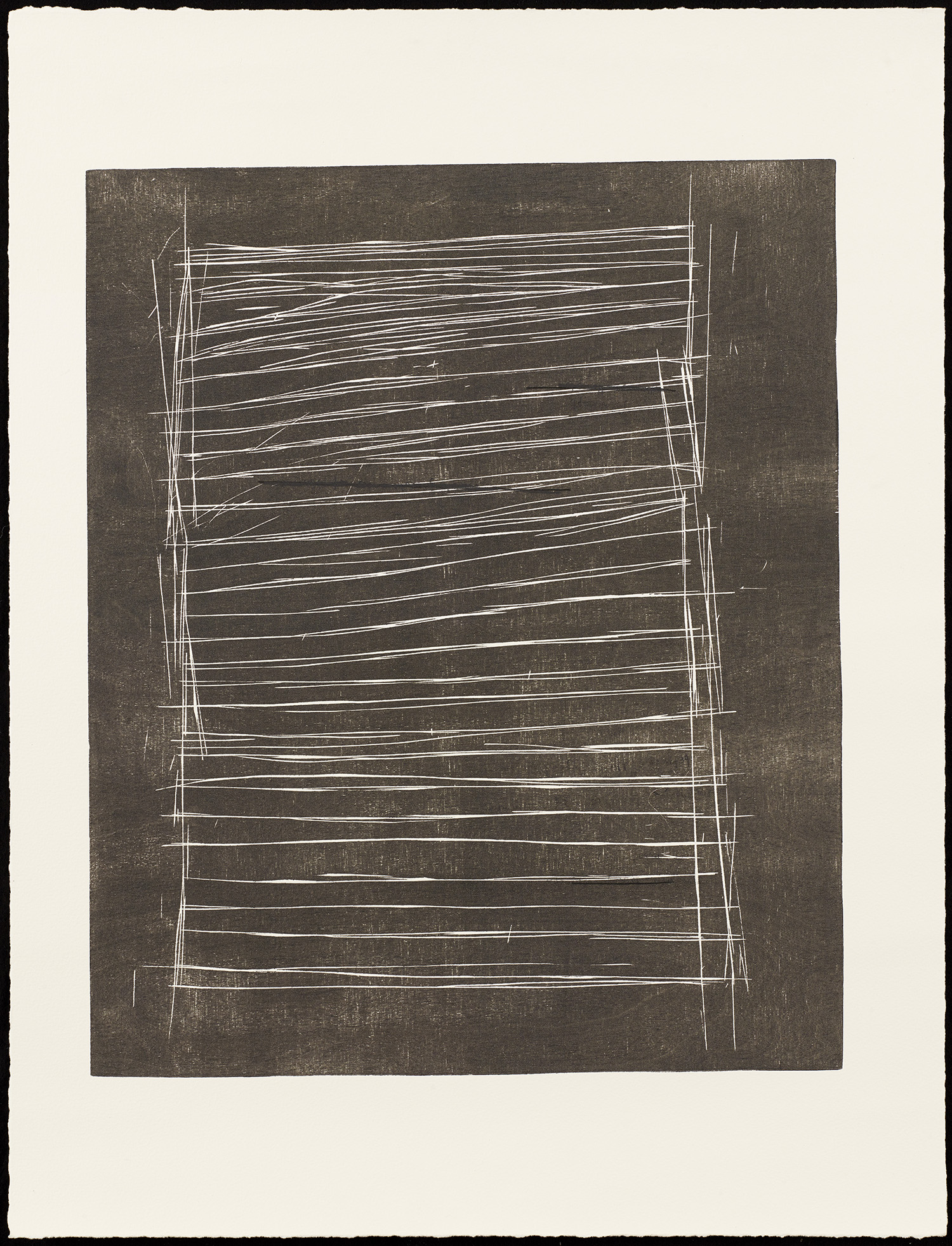 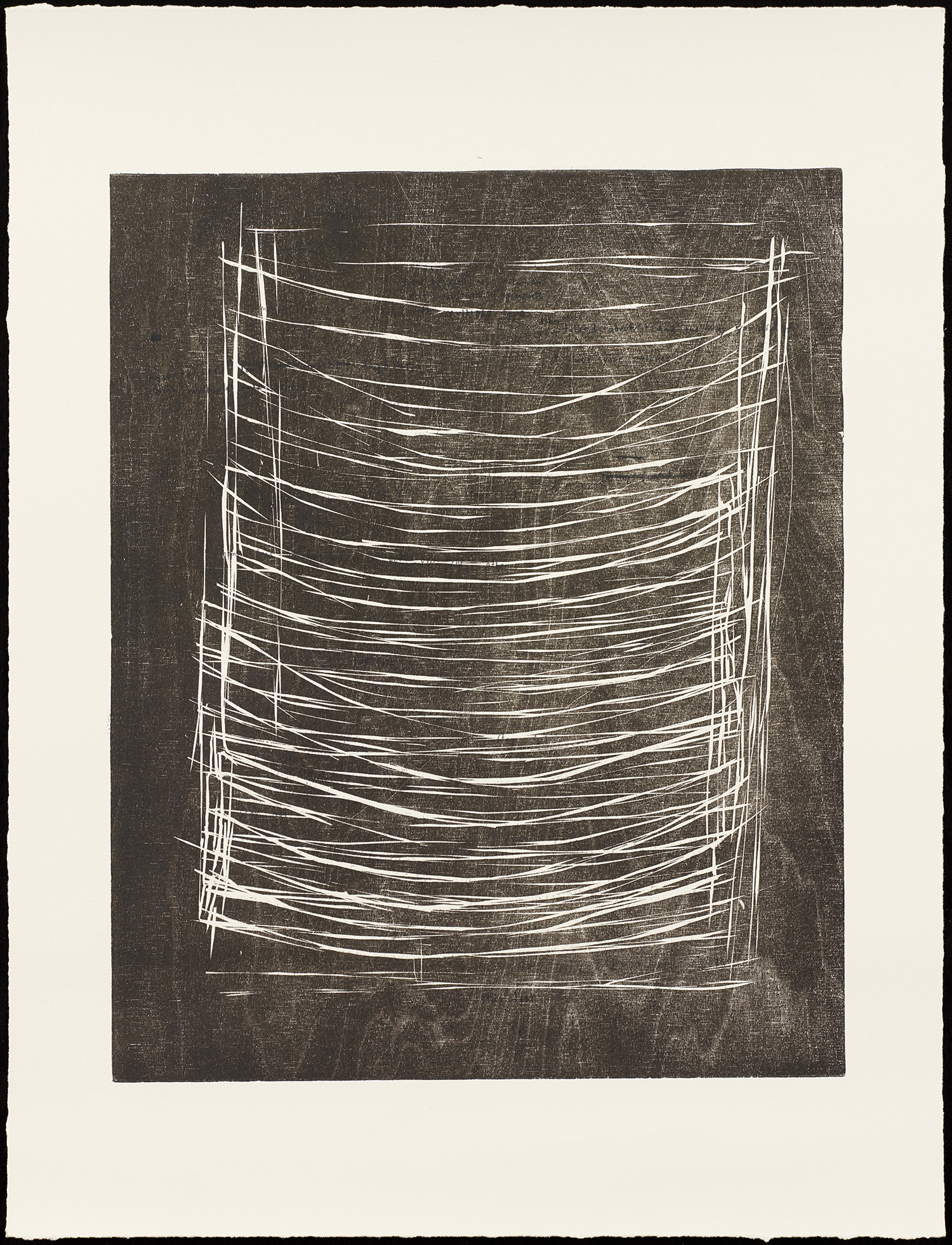 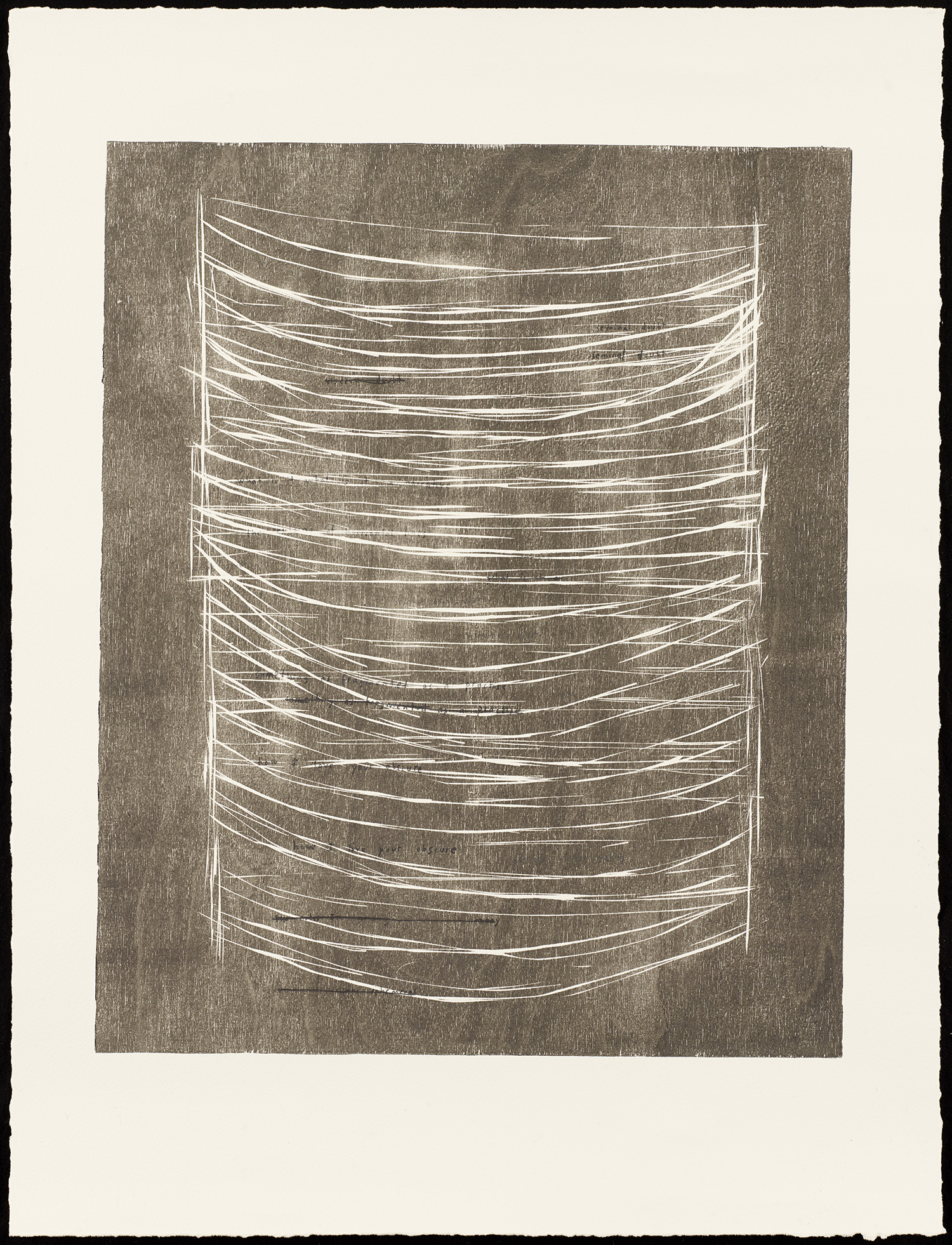 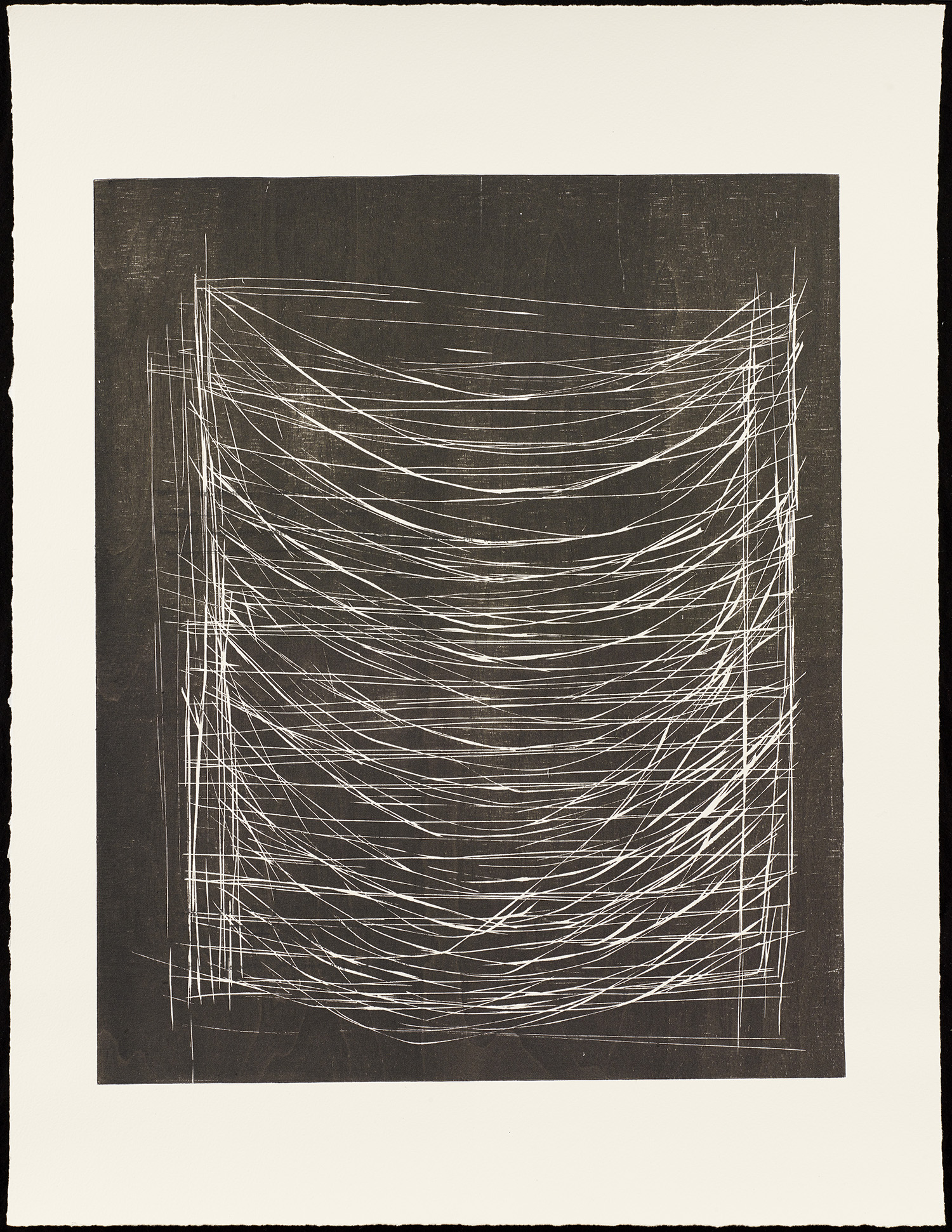