The Clit-Dick Register is comprised of 22 similar woodcuts each covered with rows of irregular U-shaped figures. Like a naughty pupil repeating their ill-received deed across a blackboard as punishment, or speaking a word again and again until it becomes just a sound, the U’s, as the title suggests, blurs distinctions between clits and dicks and other matters in between. The faux-methodological survey is complimented by scraps of pencilled language. “I have no plan”, an implicit narrator reveals, as the series continues, print after print, at once to accumulate and destabilise meaning. 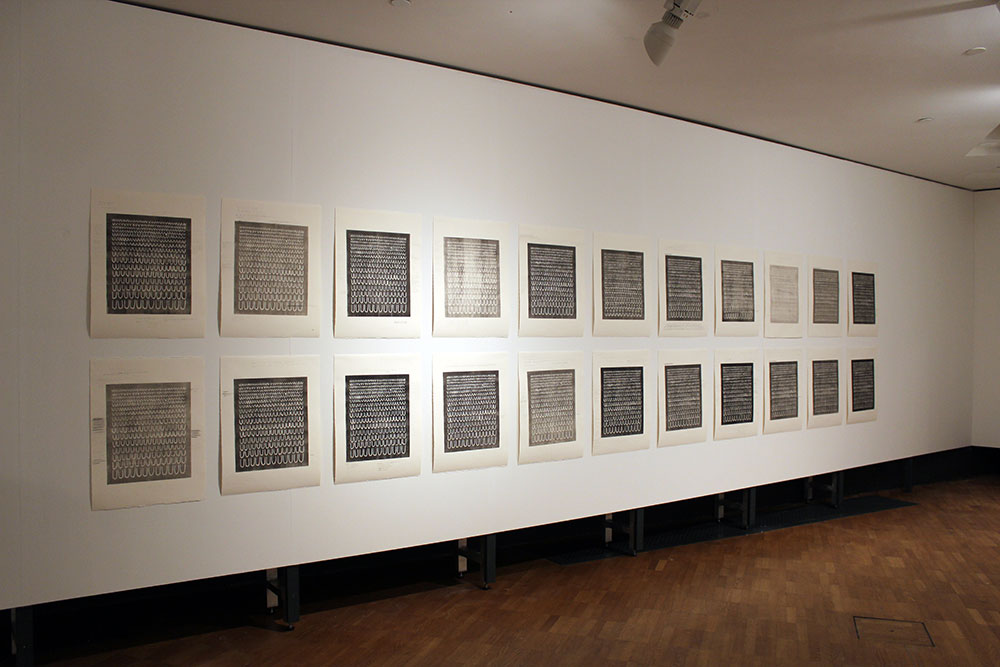 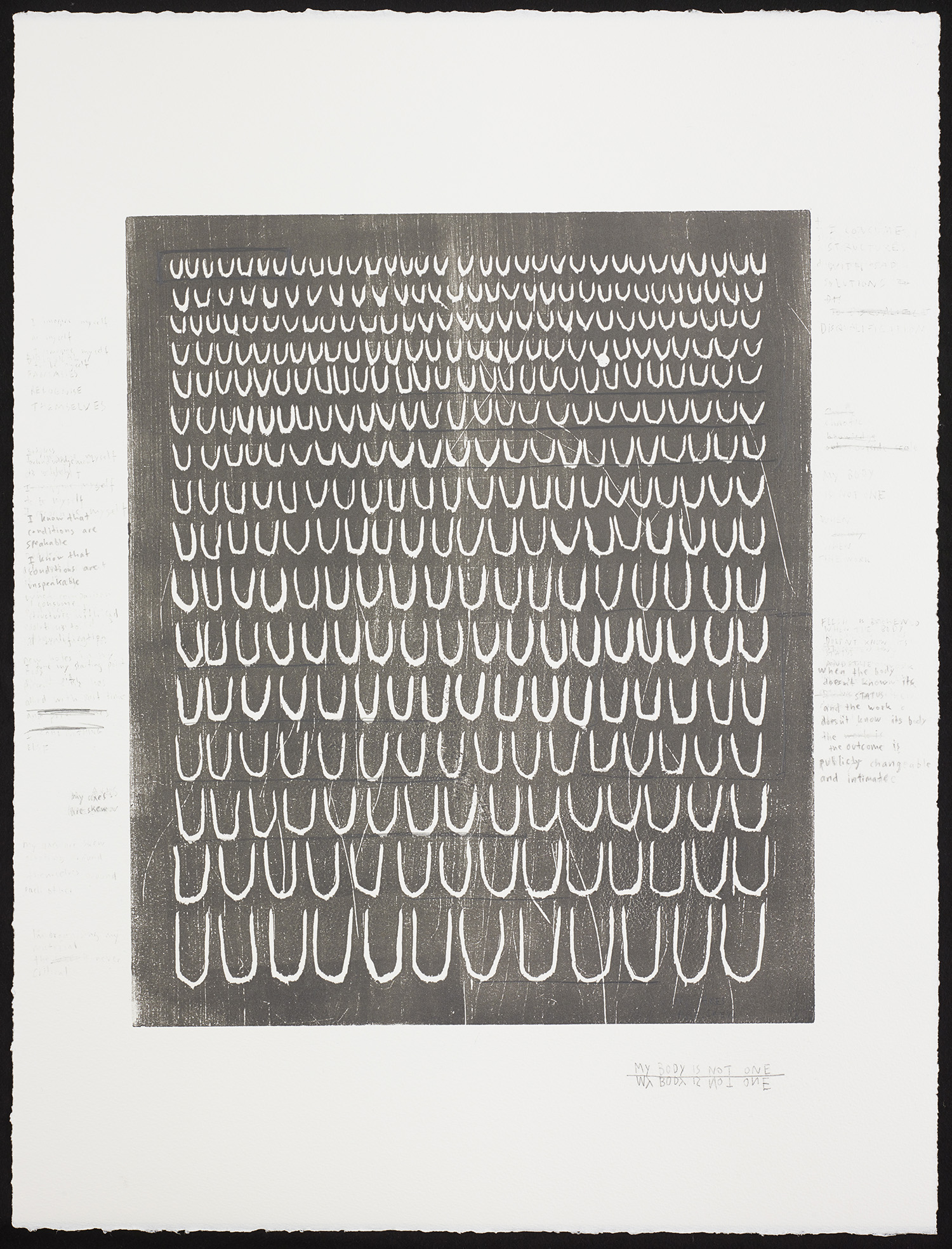 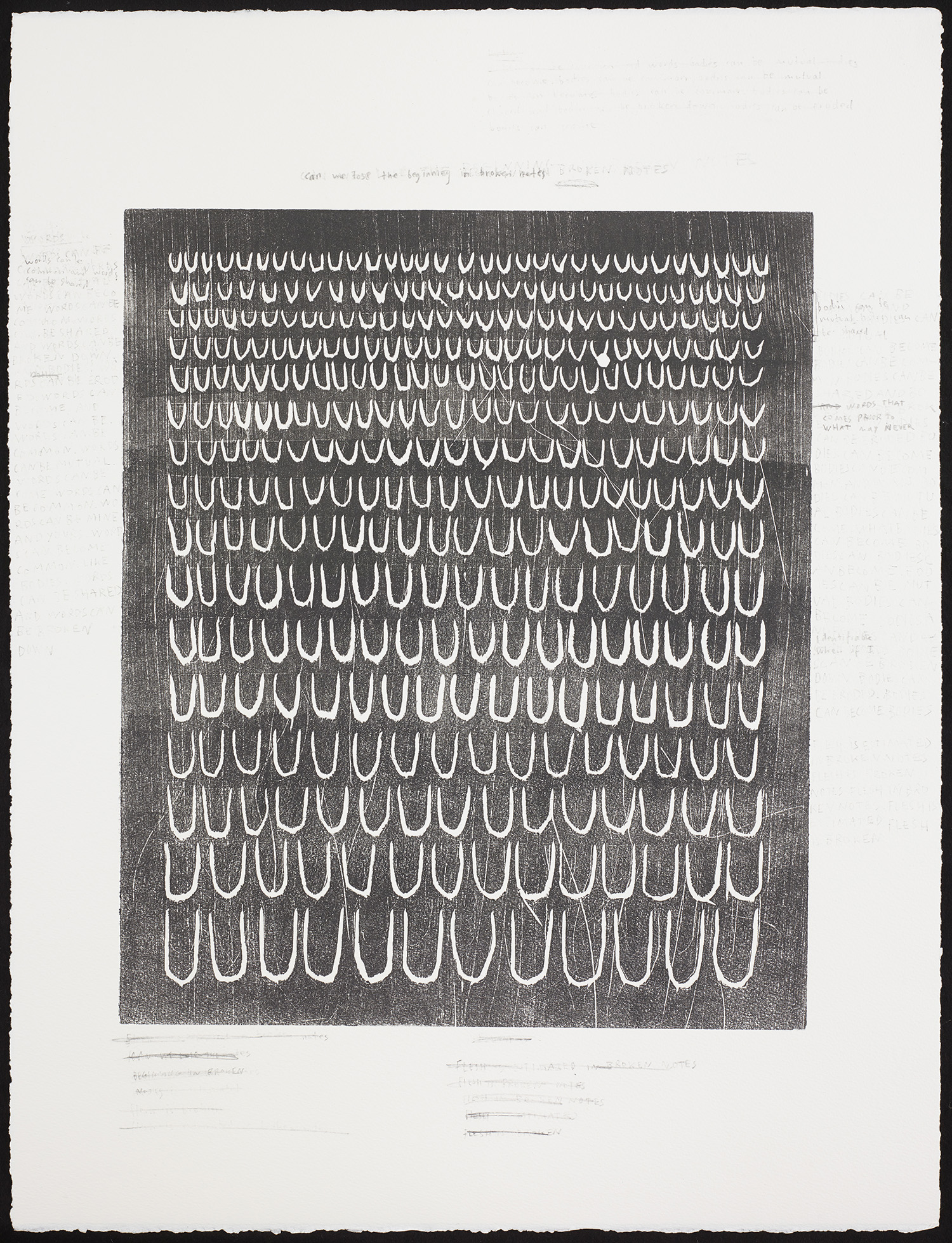 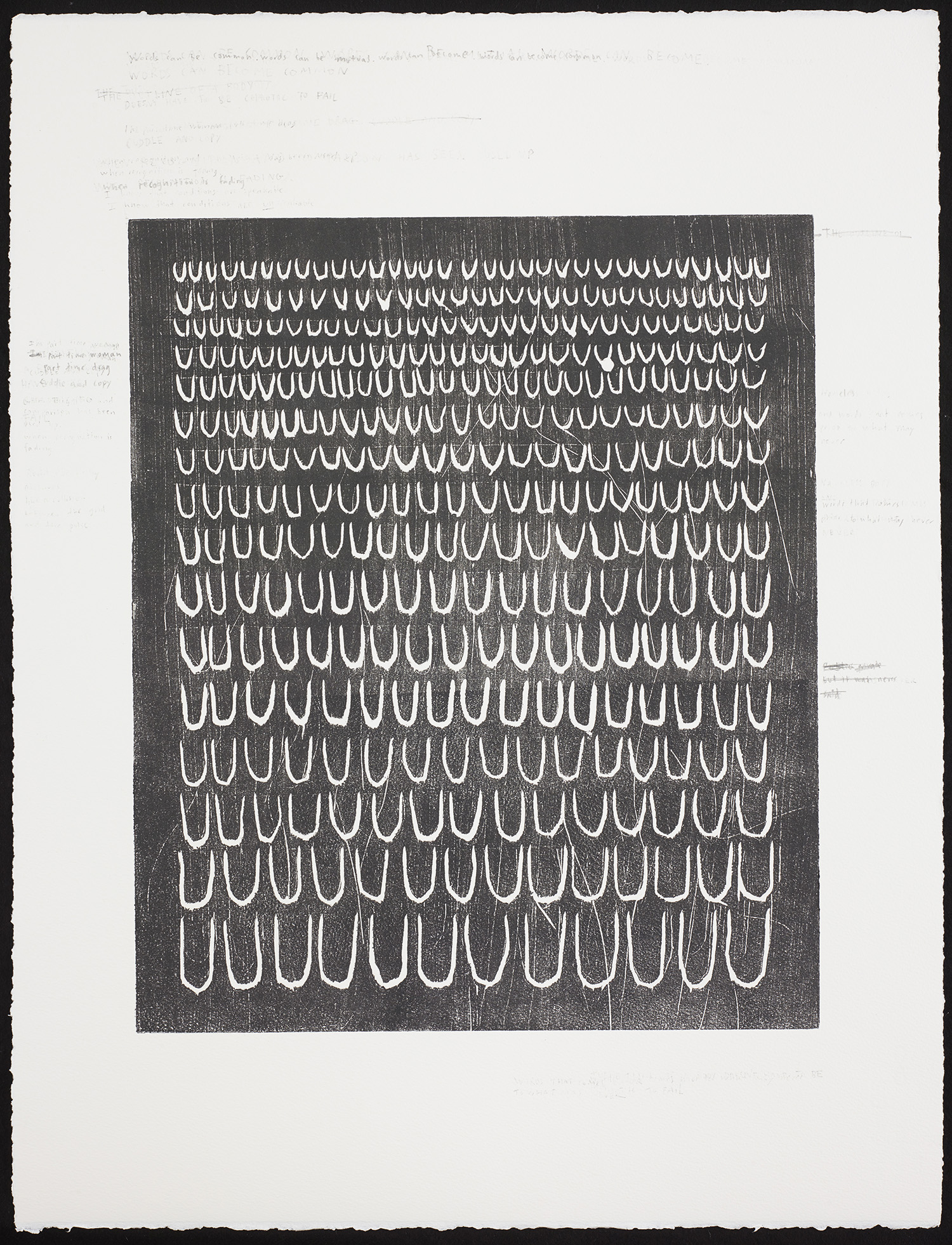 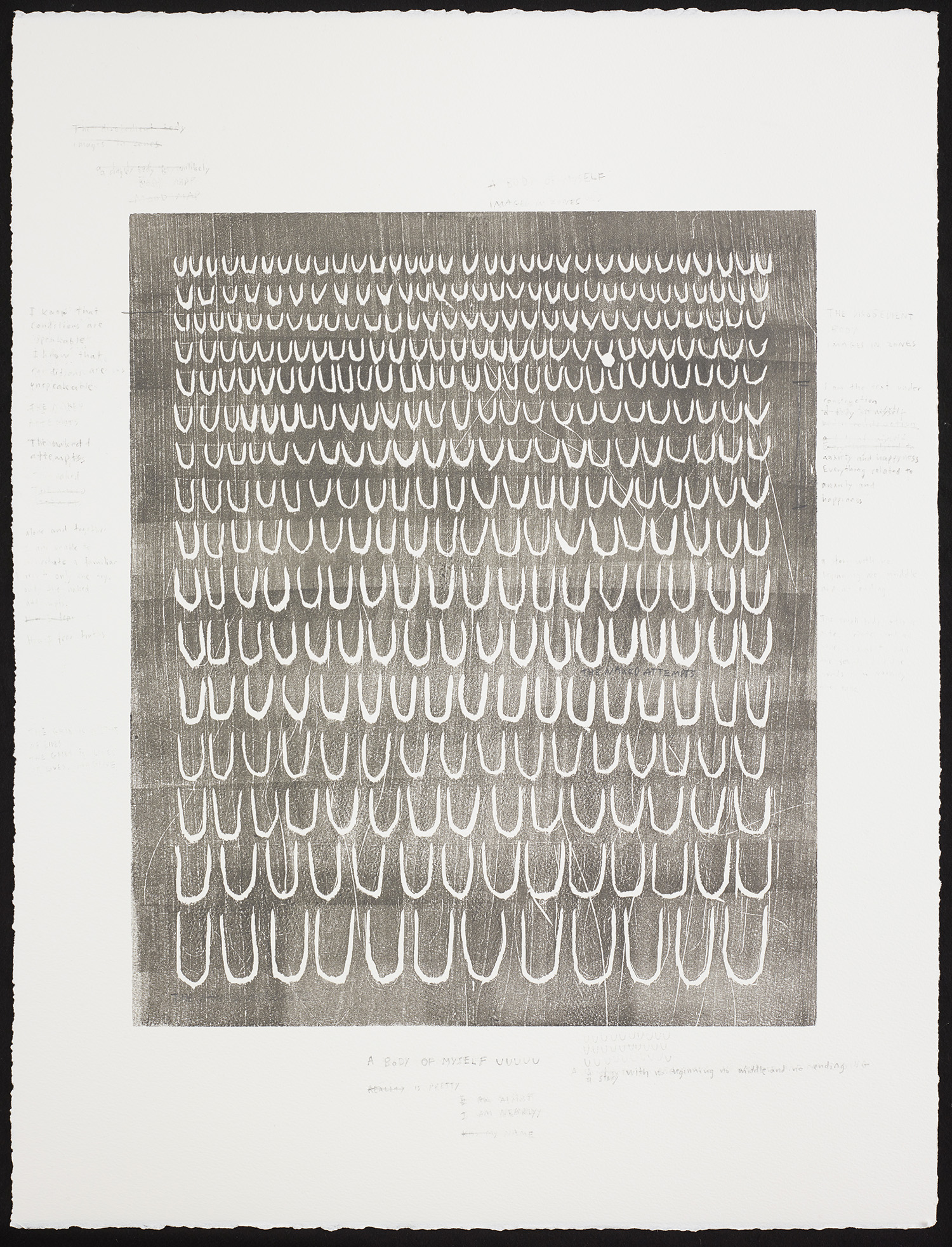 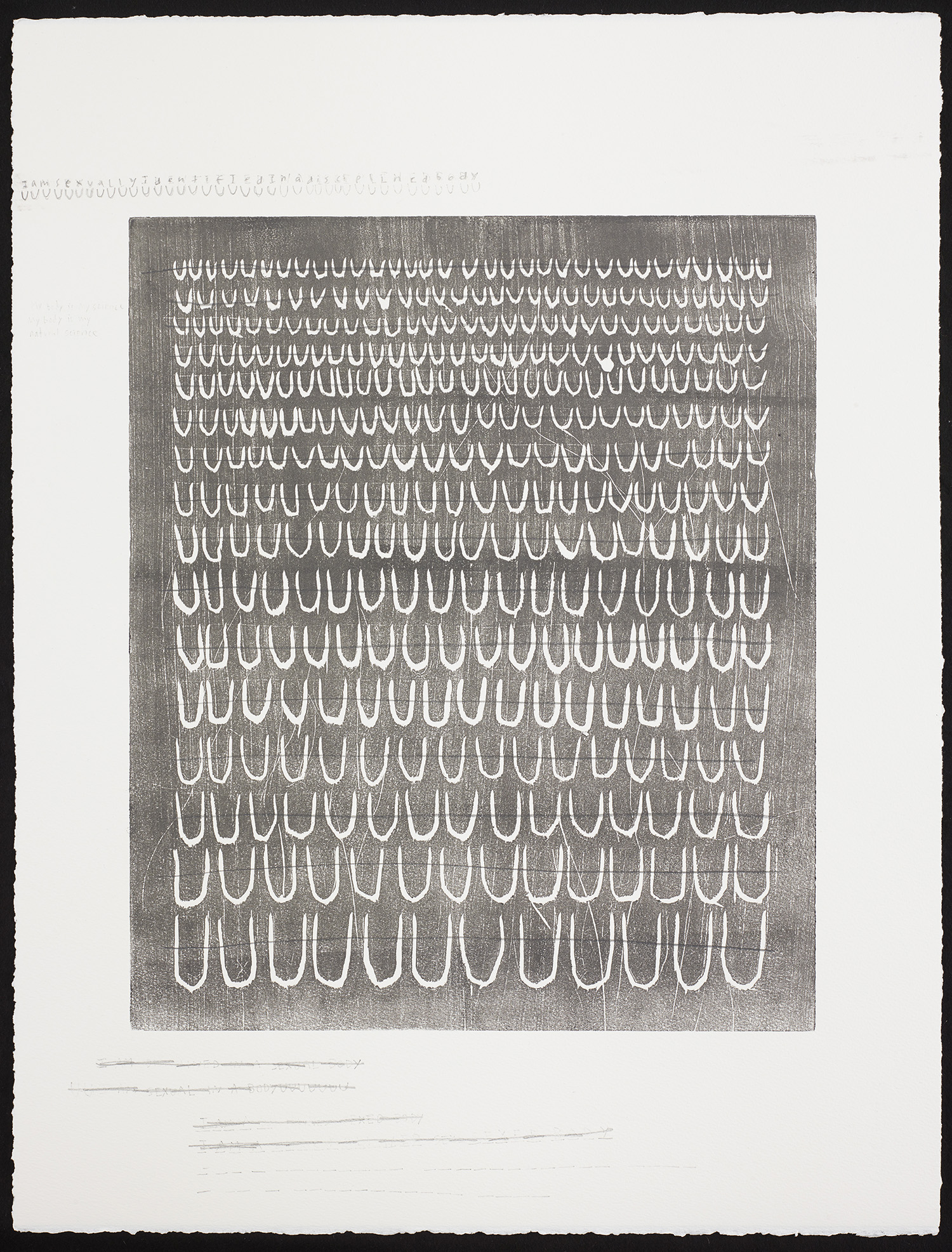 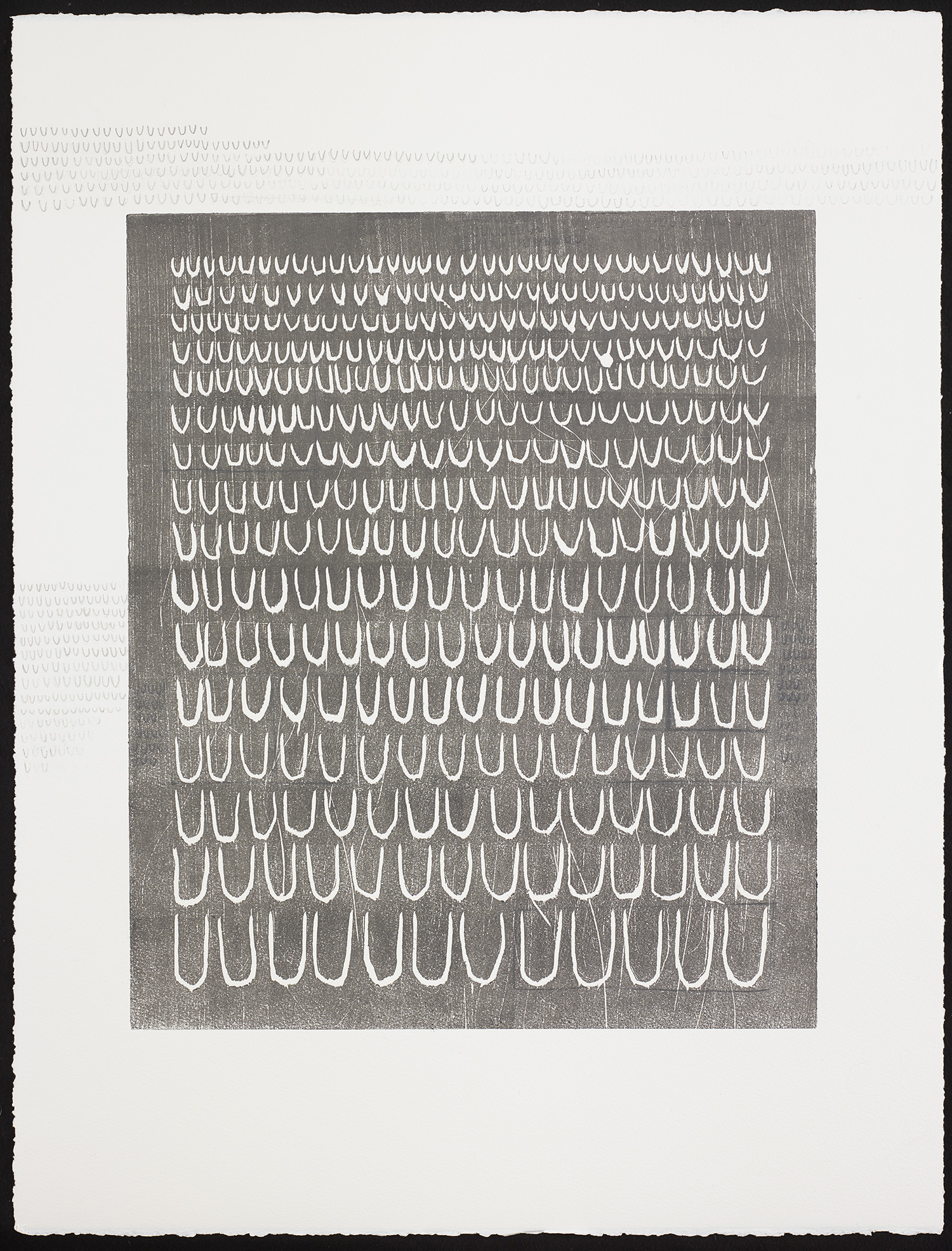 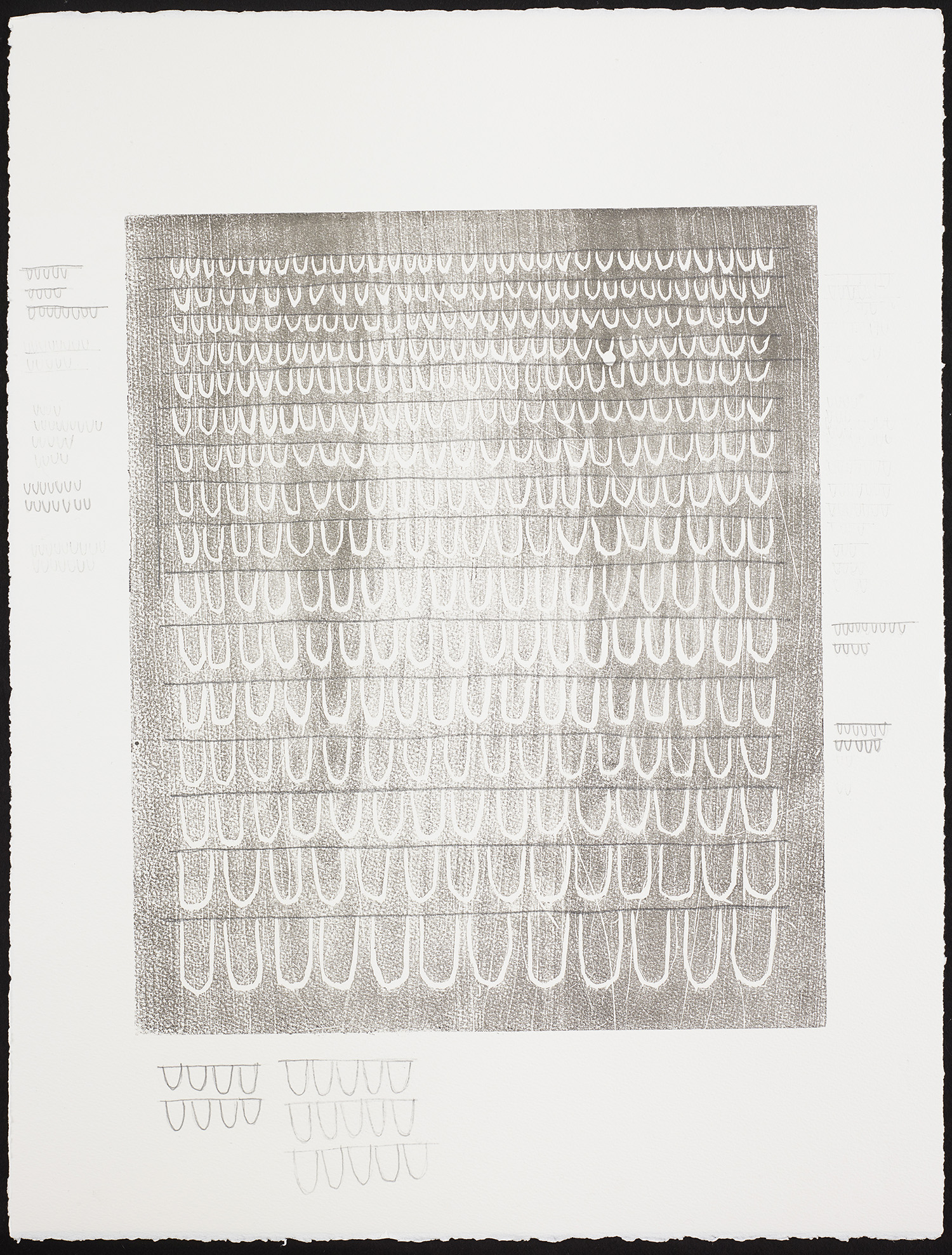 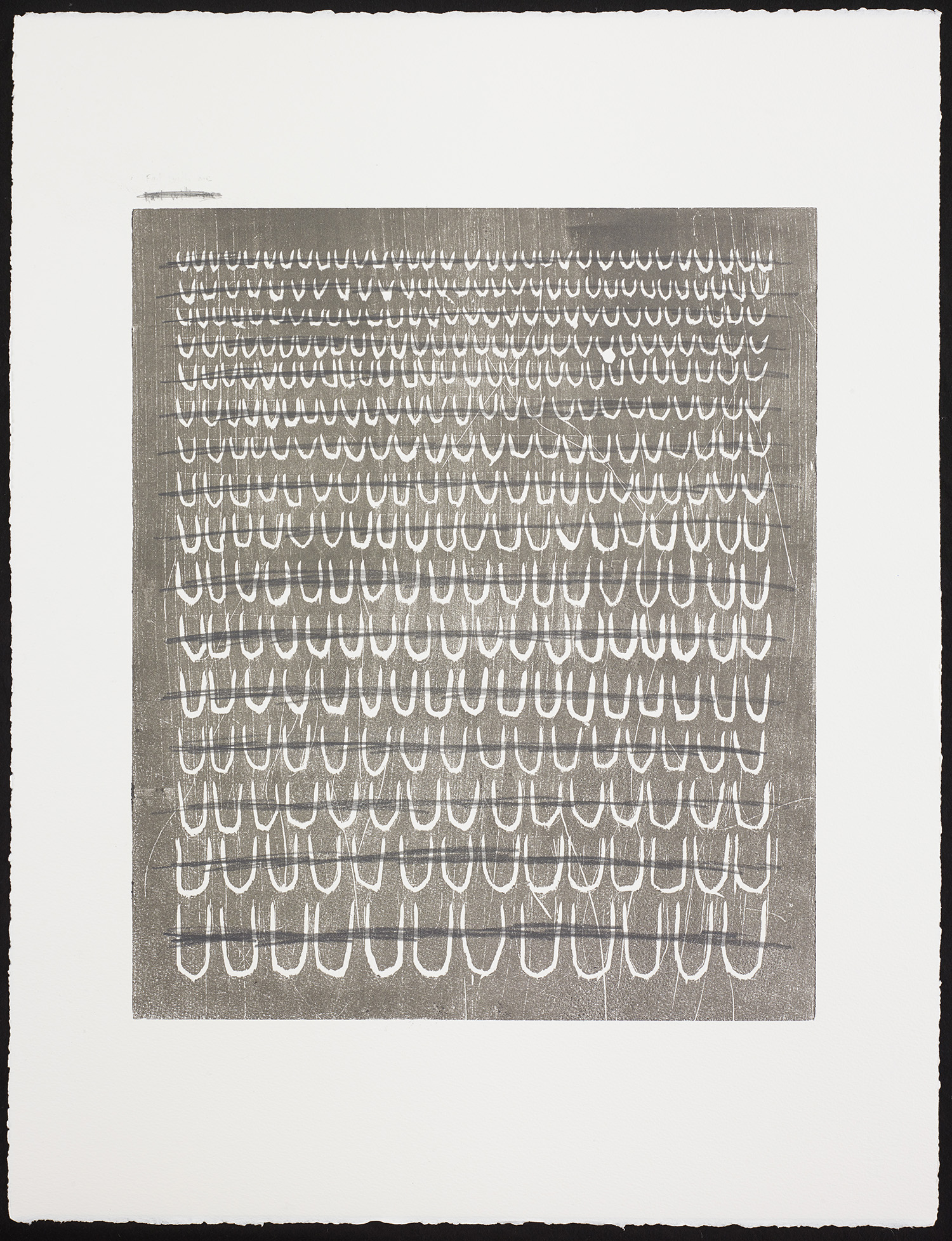 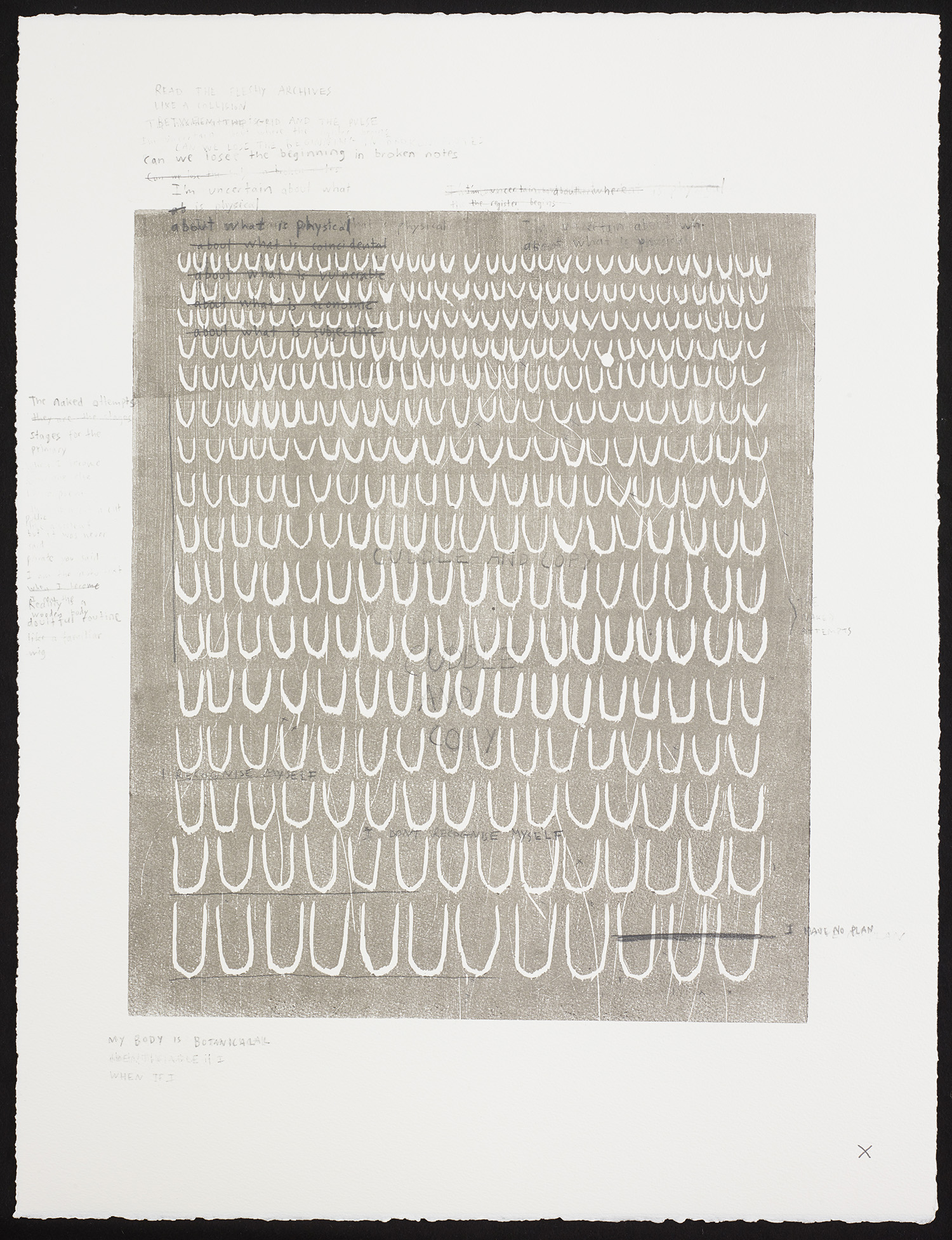 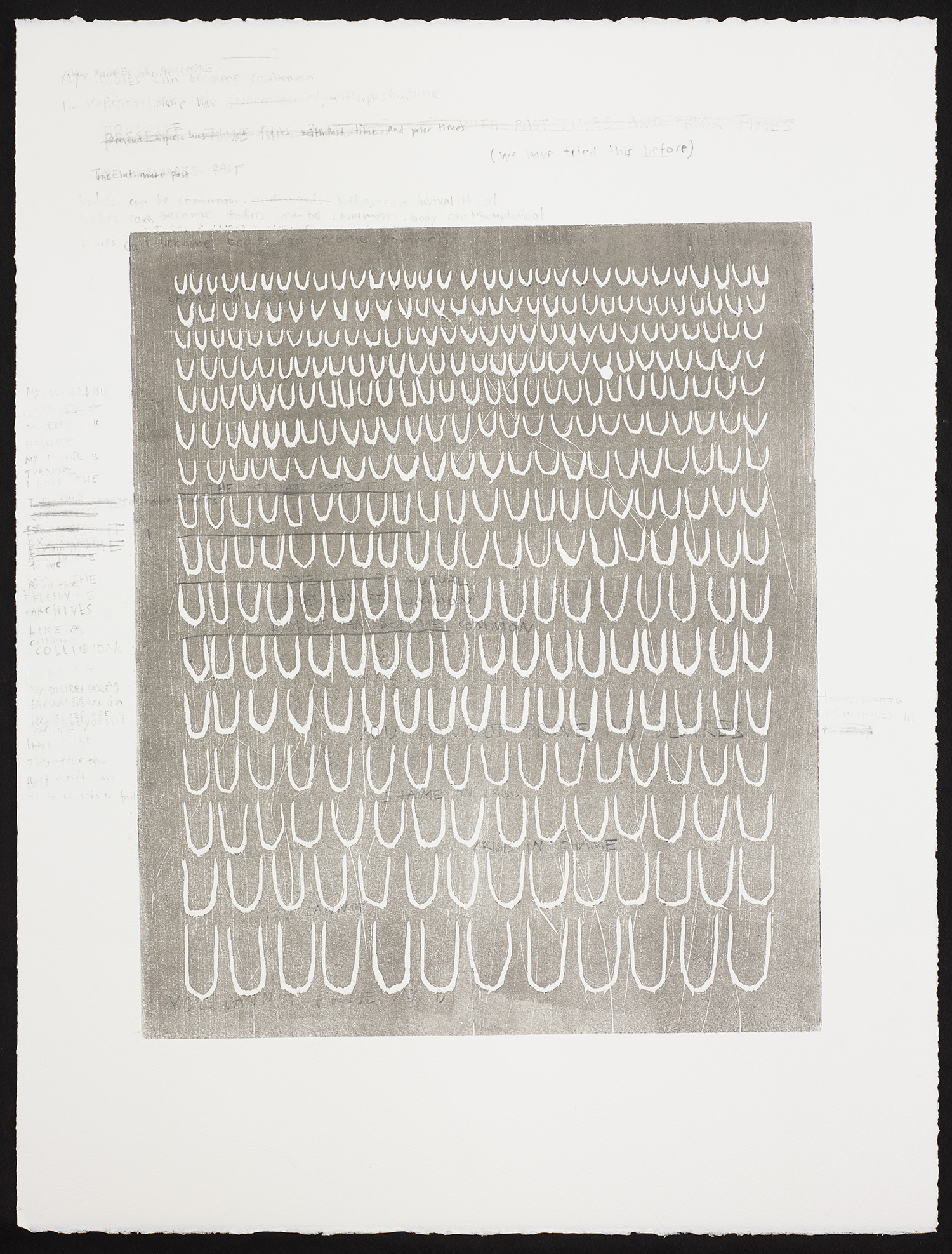 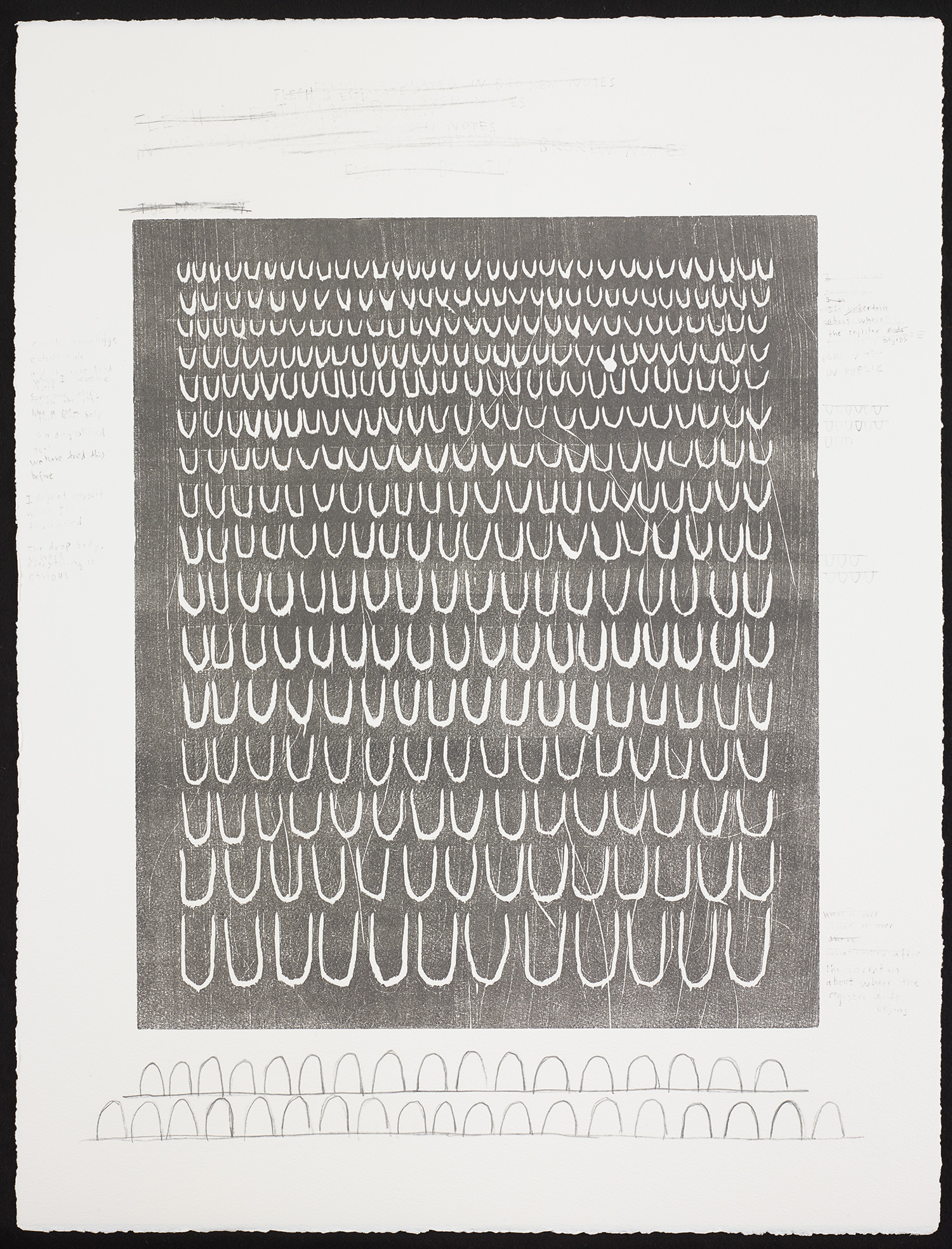 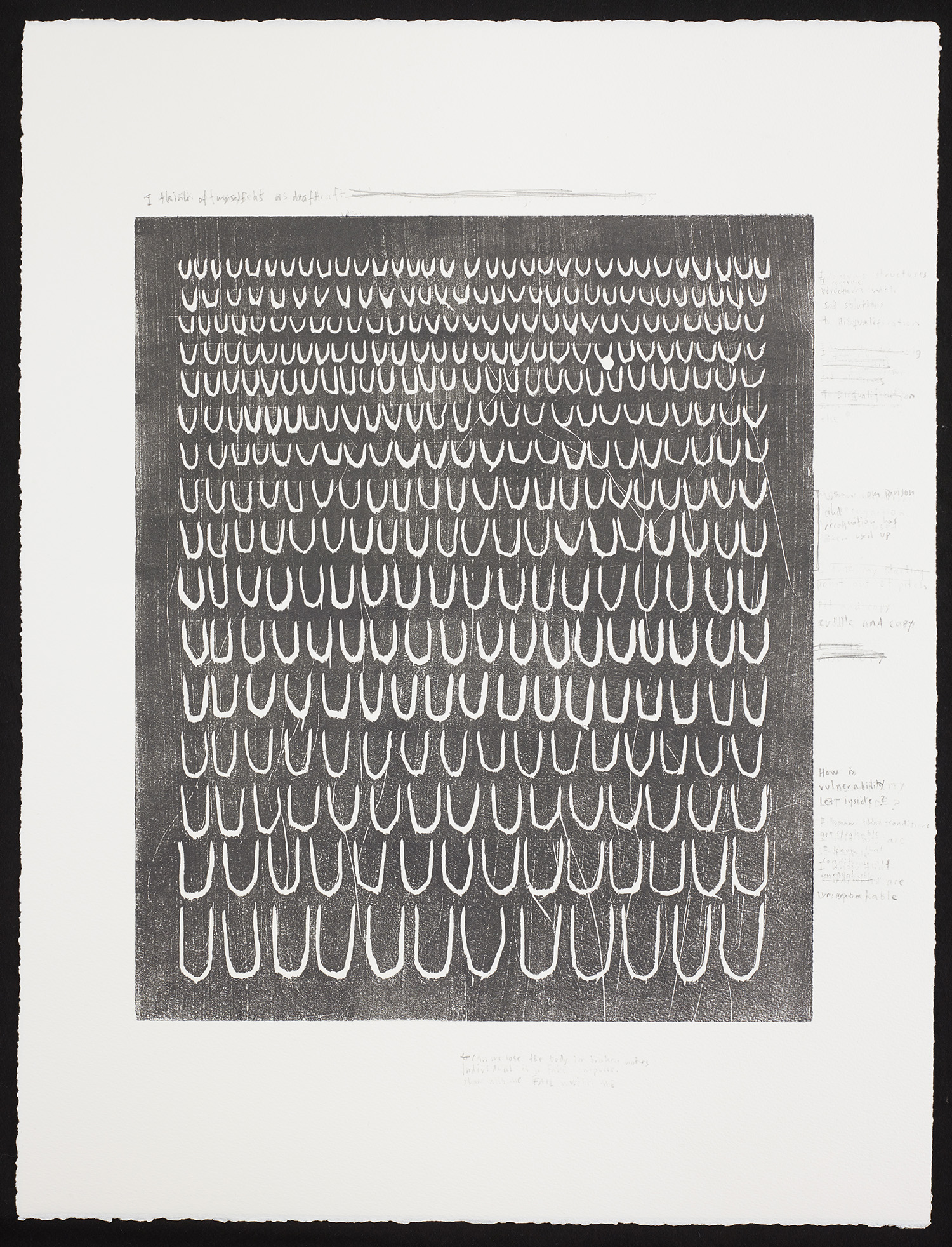 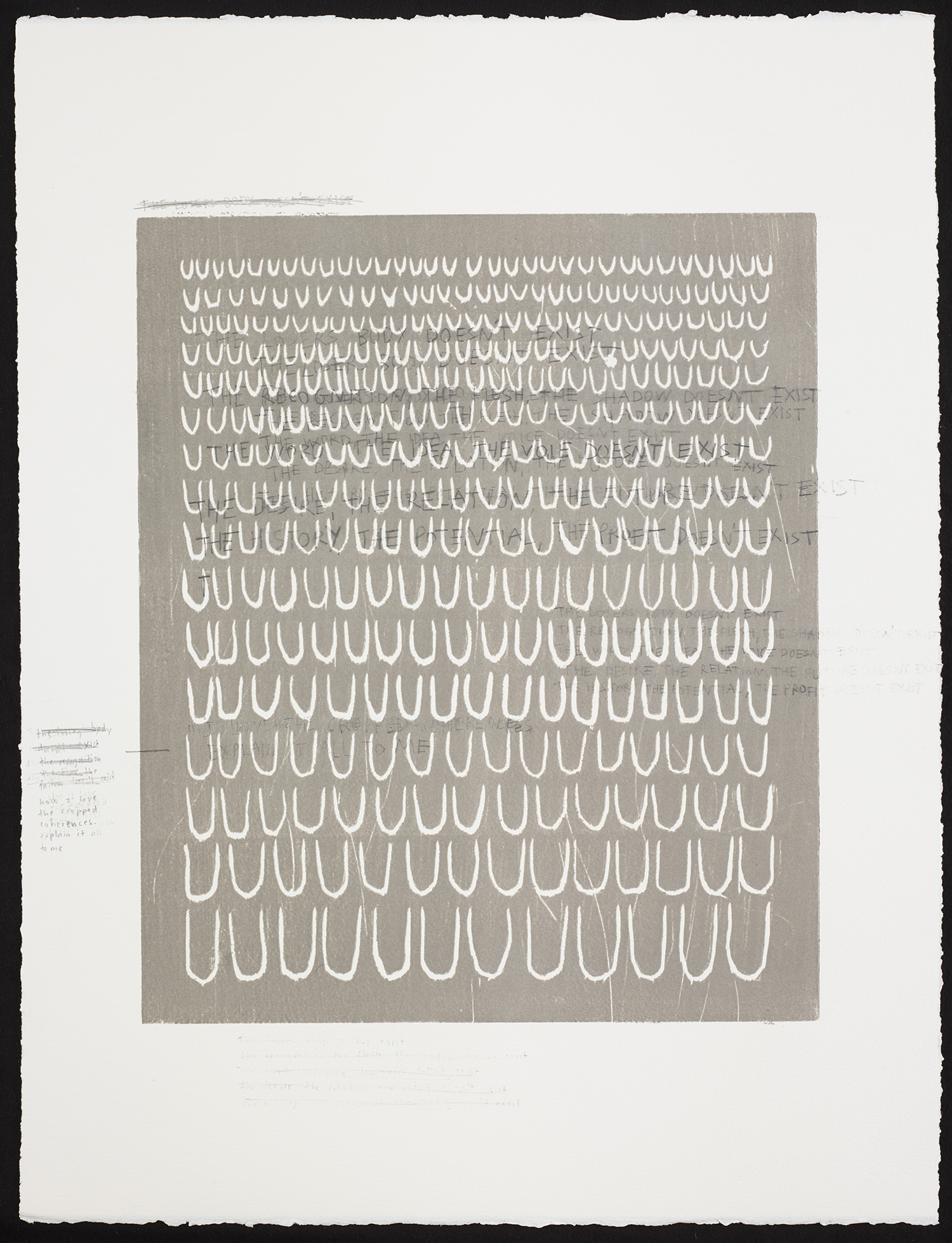 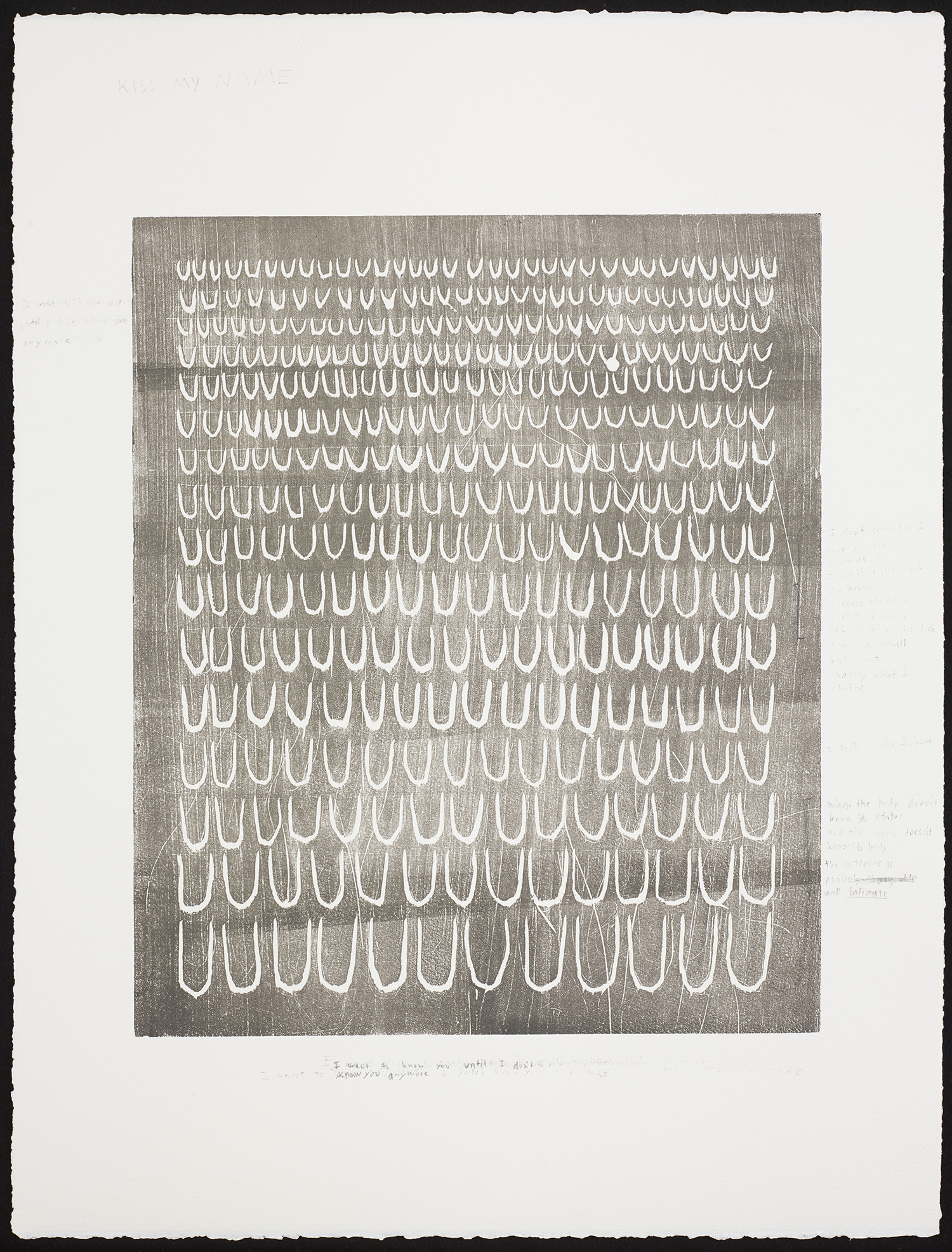 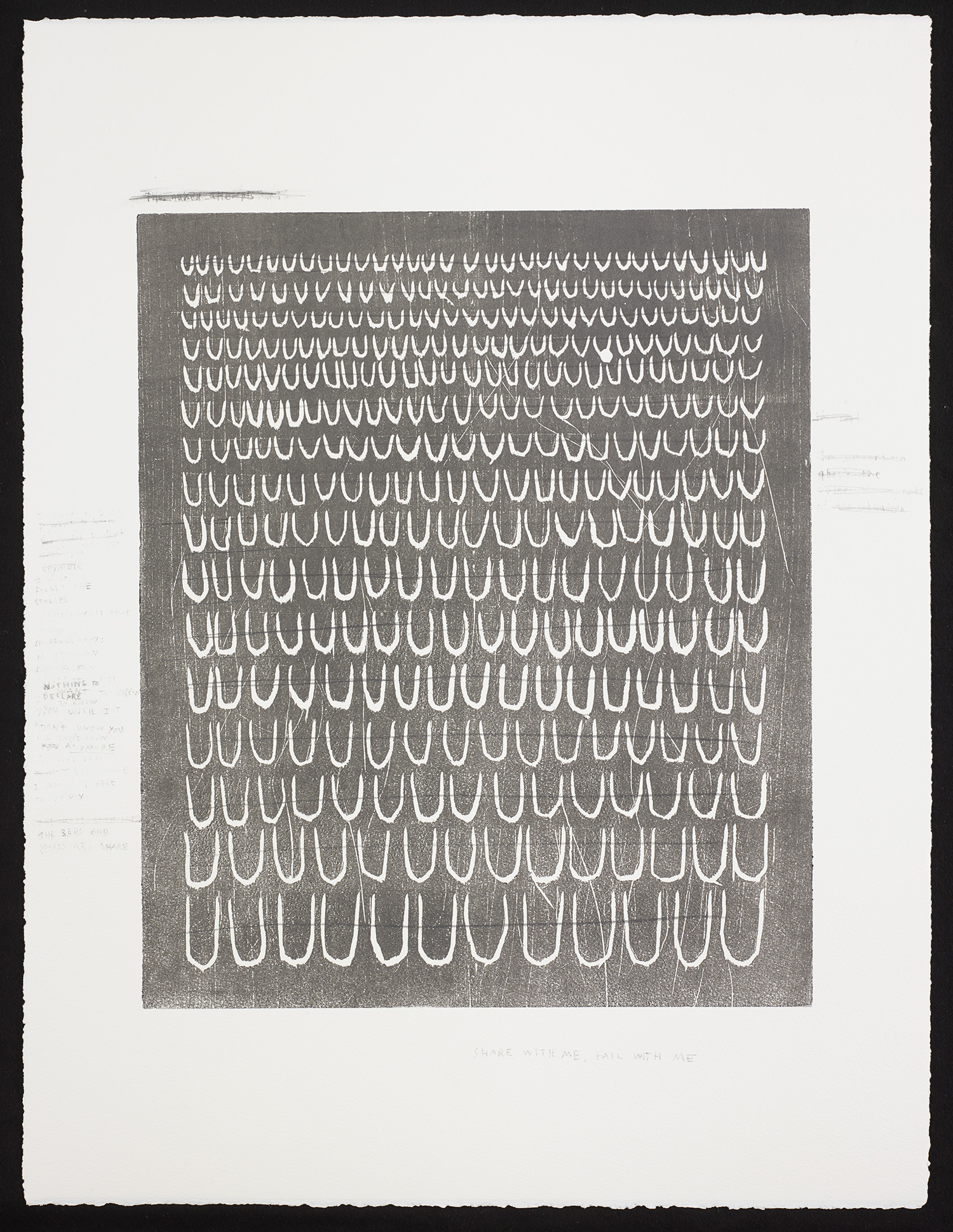 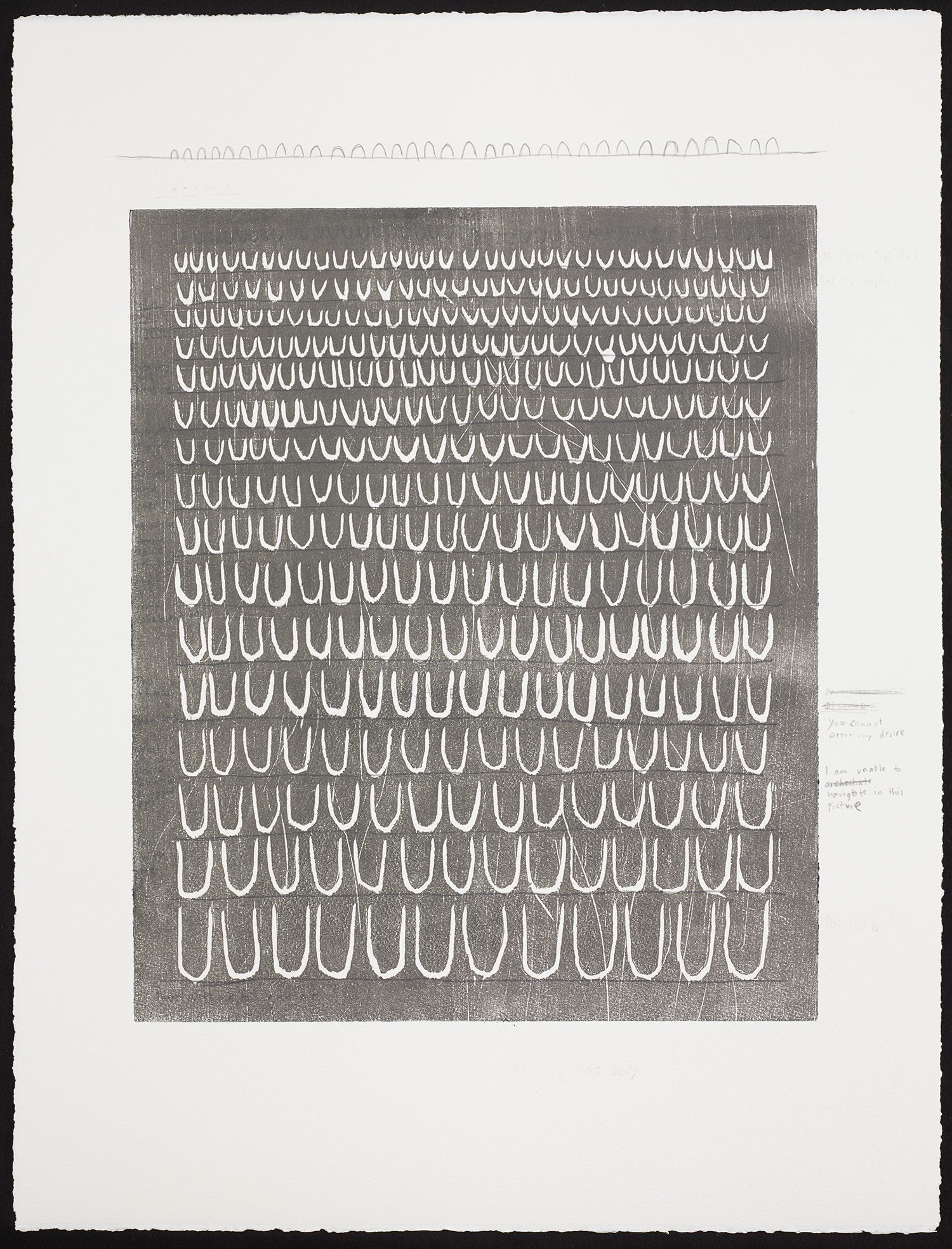 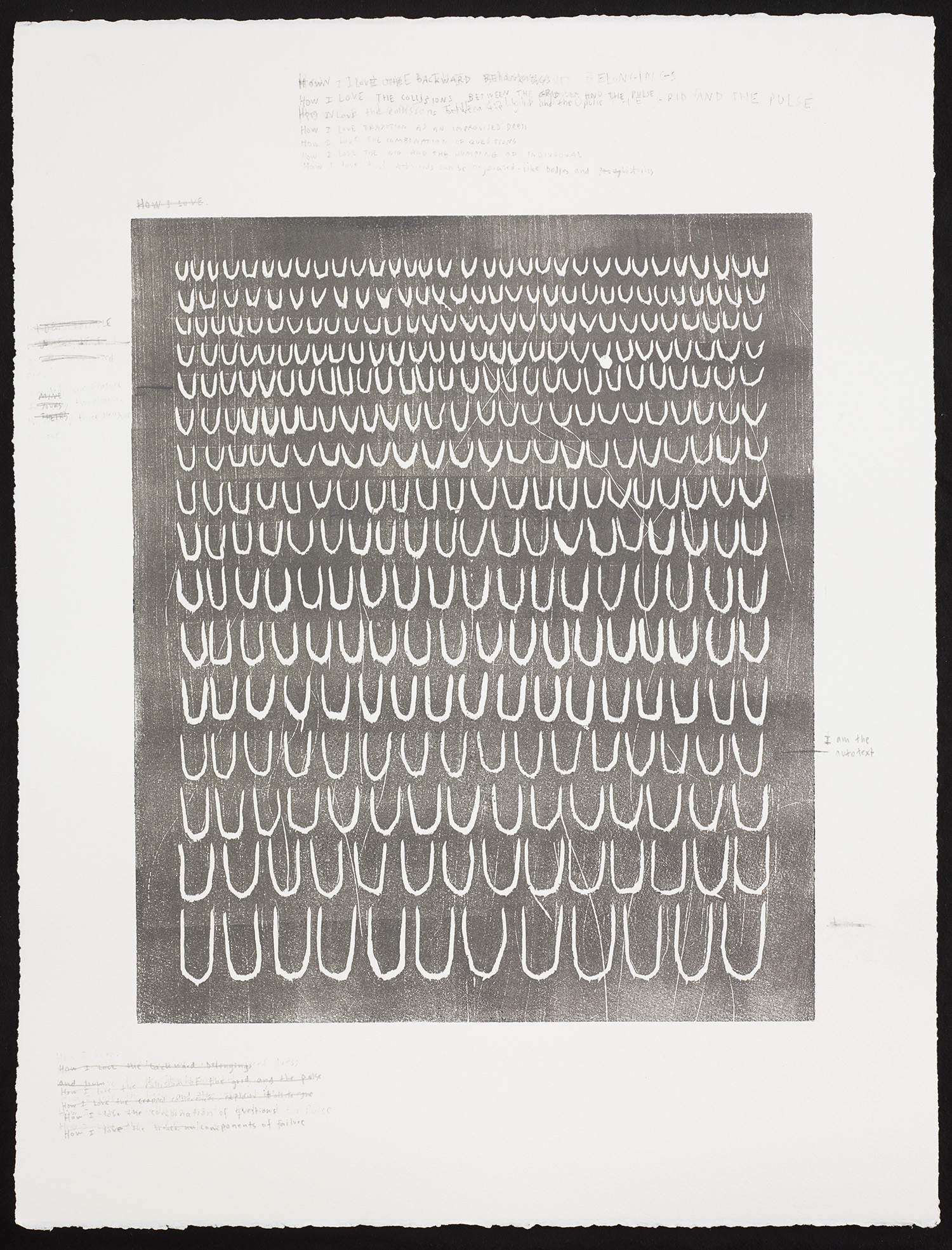 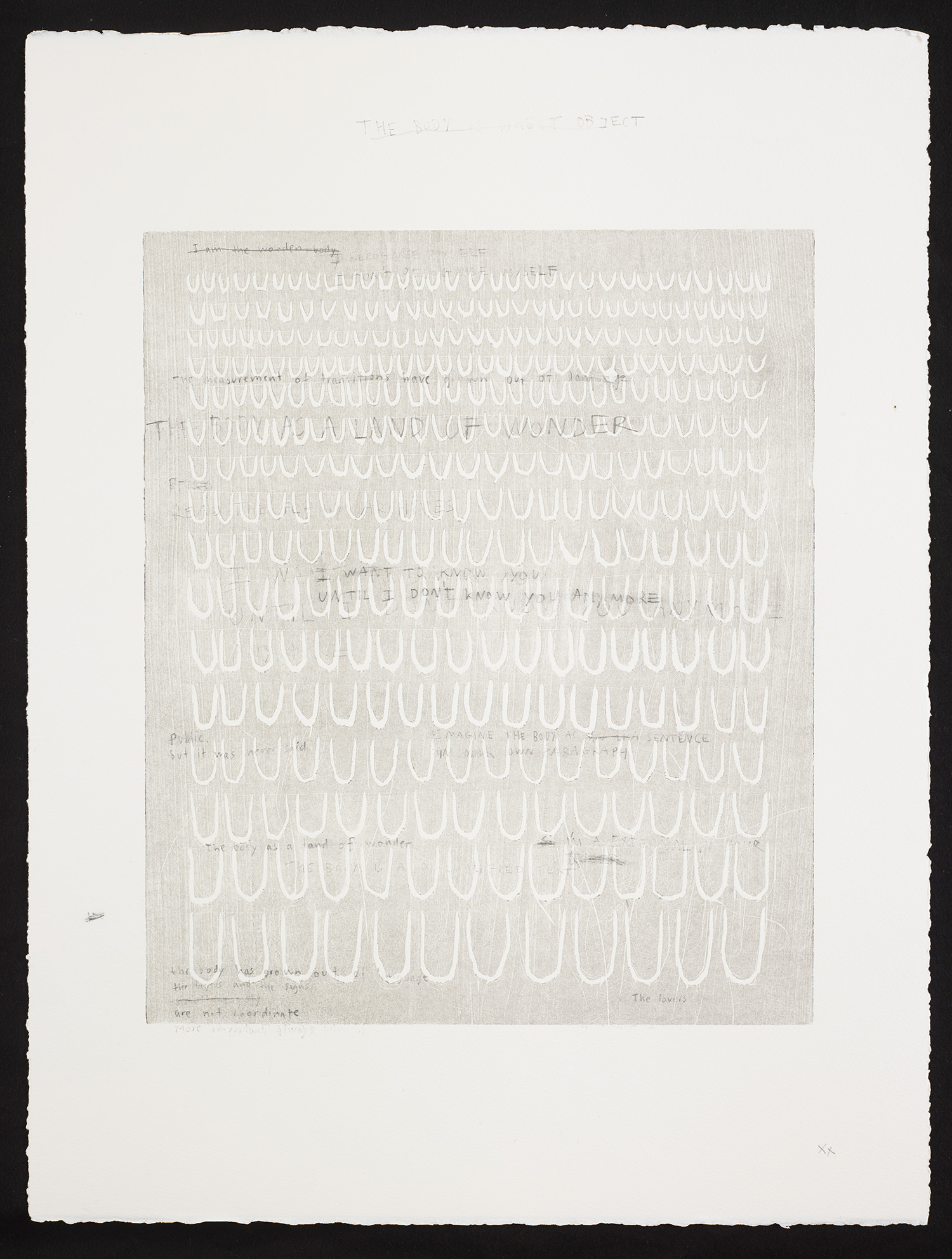 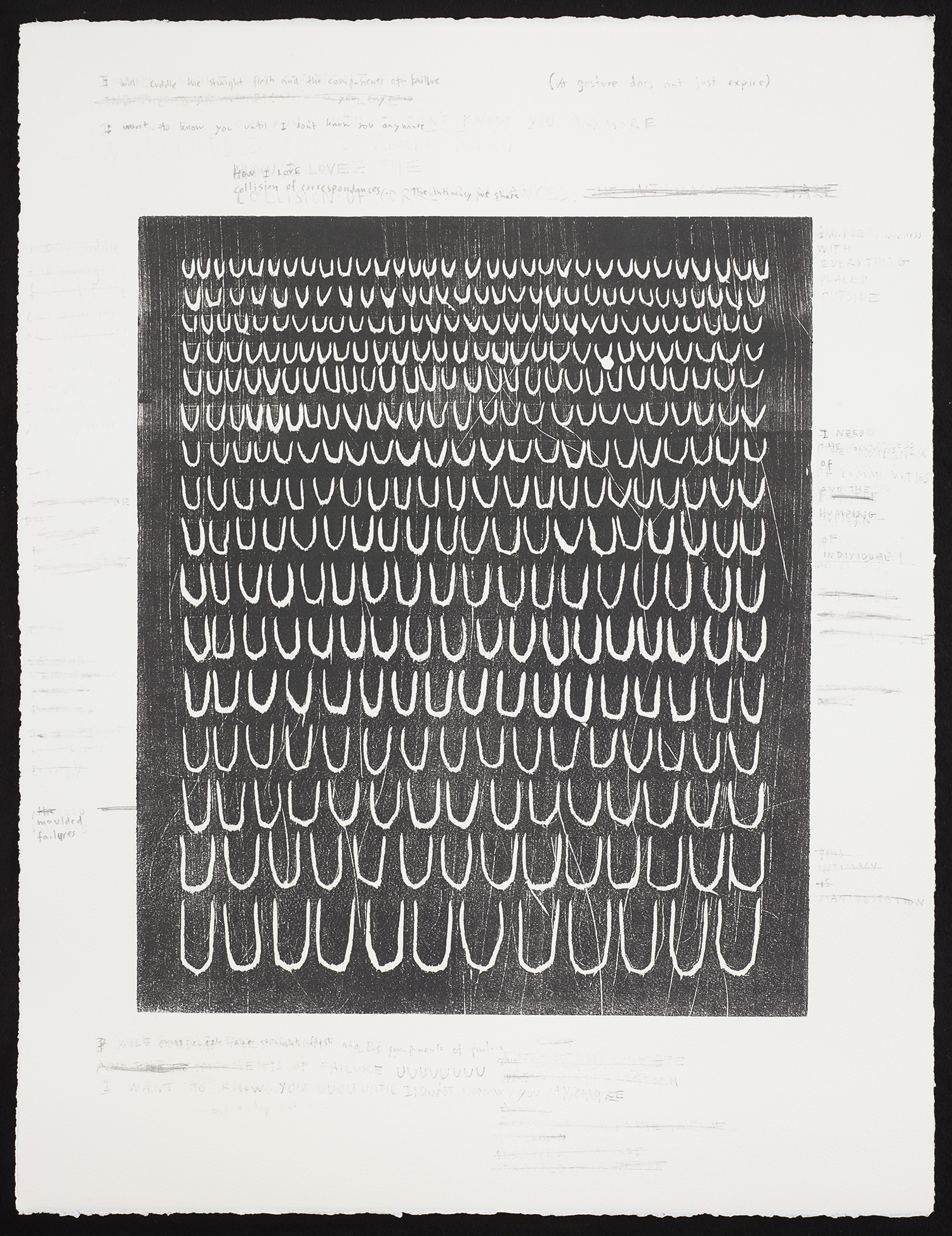